Jamie King is the co-founder of Rockstar Games, who left the company in 2006. Youtuber Killaz decided to interview him, asking a series of questions about working at the studio and the reasons for his departure. Among the topics raised was also GTA 6. The developer believes that the next installment of the series may not be as funny as its predecessors.

Despite the fact that the sixth installment of the GTA series has not even been announced yet, it does not stop fans from wondering how it will look like. Jamie King spoke on this issue. The developer has worked on many games - including Grand Theft Auto: San Andreas and Grand Theft Auto: Vice City. He was asked by Killaz about how the recent departures from the company might affect Rockstar's future. According to King, we shouldn't expect a revolution in mechanics, however, the tone of new games could change.

It's possible that the next installment of GTA will lose some of the specific humor and atmosphere. The developer also doesn't exclude the possibility that the studio may create something "cheesy". He stresses, however, that it will be very difficult to break such a "well-working machine", and looking at the success of Grand Theft Auto Online, probably everything will turn out well for the company. He also notes that Rockstar feels no pressure to announce GTA 6.

Please note that the developers are still silent regarding GTA 6. Because of this, some fans are already starting to lose patience. Here is the opinion of one of our editorial colleagues:

Of course, YouTuber Killaz asked the interviewee about his opinion on the recent departures of prominent Rockstar employees. Relatively recently, Leslie Benzies (head of Rockstar North) and Dan Houser (another co-founder of Rockstar Games) said goodbye to the company. Jamie King was sparing with words. He said that he was not surprised by the content of the lawsuit regarding Leslie Benzies, who allegedly was not paid royalties for his work. He also thinks Dan Houser can finally relax and should write a book. 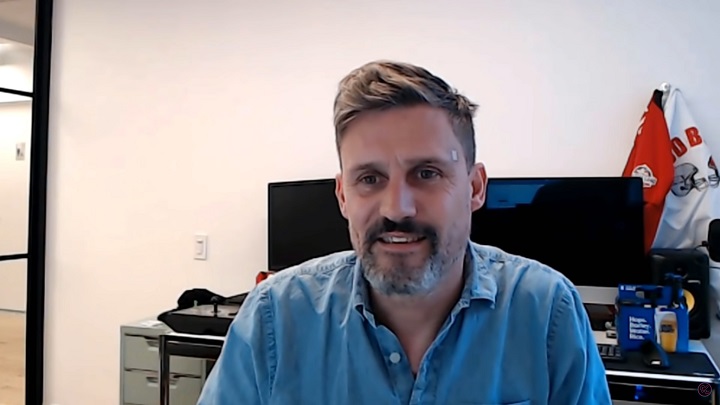 Jamie King also commented on his own departure from the company. The developer decided that the path he was supposed to follow with video games was not his path. Additionally, he was exhausted by working seven days a week and decided that "life is too short" for that. He made it clear in the interview that while he fondly remembers the old days, he would not want to work at Rockstar ever again.

The developer shared various interesting facts from his time working for Rockstar. For example, he claims Take-Two (the publisher) did not interfere in the internal affairs of the studio and offered quite a lot of freedom in game development. However, he emphasizes that this may have changed since then. Additionally, he mentioned how while working on Midnight Club, illegal races were organized on the streets of New York.

The GTA franchise recently suffered a huge blow to its image due to the poor quality of Grand Theft Auto: The Trilogy - The Definitive Edition. The company will certainly want to somehow make amends to the players.

Xbox Series S Wins Black Friday in the US

Xbox Series S Wins Black Friday in the US

Steam With New Record - Valve has Reasons to Celebrate