Grand Theft Auto VI currently functions only in the area of rumors and speculation, although there is a good chance that after the work on Red Dead Redemption 2 has been completed, Rockstar Games is concentrating its efforts on this project. So it is possible that the rumors have some kind of coverage in reality.

Why are we talking about this? It is because of the fact that thanks to an anonymous person who claims to be a QA Tester for Rockstar, new unofficial reports have come to light. At the end of April, this "informer" described his (supposeded) employers on Glassdoor, "smuggling" alleged information about the game using variations on the so-called acrostic - the first letters of the last paragraph of his review form a message thar sayst:

The above news shows that Grand Theft Auto VI will include three cities, namely Los Santos, Vice City and Liberty City. Interestingly, this information coincides with the news from a week ago, according to which in the new game from Rockstar is to feature "a few big cities", in turn, the player will play the role of a hero who will start climbing the criminal career ladder in Liberty City, and the trip to the top will end in Vice City. 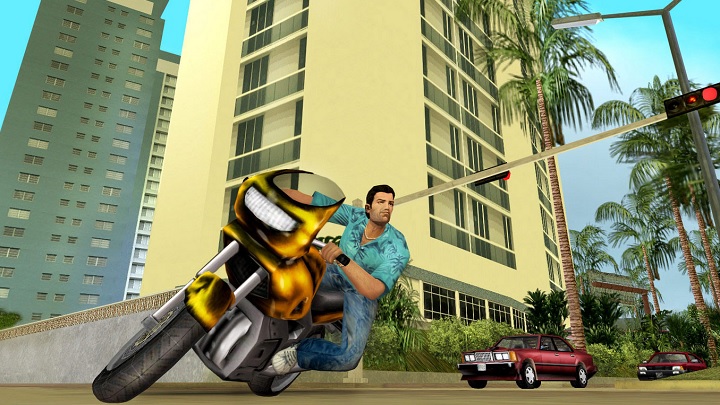 Nowadays, the best way to visit Vice City, illuminated by neon lights, is to play in... you guessed it - GTA: Vice City.

It should be noted, however, that virtually everyone can create an account on Glassdoor and publish a similar message, so until Rockstar Games does not spill the beans, you should look take this information with a big pinch of salt. Whether it's just a dream of one of the fans or a leak, we'll probably see... well, we don't know when because "rock stars" don't hurry to reveal the details about their works.

Admit it, though, doesn't it seem to you that Rockstar Games will have no better opportunity to return to Vice City than in the case of GTA VI? Cause you know, the Roman "six" can be perfectly integrated into the name of the city... the "five" could also be used, but let's not go that far into details....