While Rockstar is keeping its mouth shut about Grand Theft Auto VI, it's hard to imagine that in its studios scattered around the world, developers are no longer working on another part of a profitable gangster series. This is also indicated by occasional rumours in the media from more or less reliable sources. This time, GTAVI reports appeared on Pastebin and before they disappeared, they were copied by Dexerto. It is worth remembering, however, to treat them only as rumors - the official information about the game still does not exist. 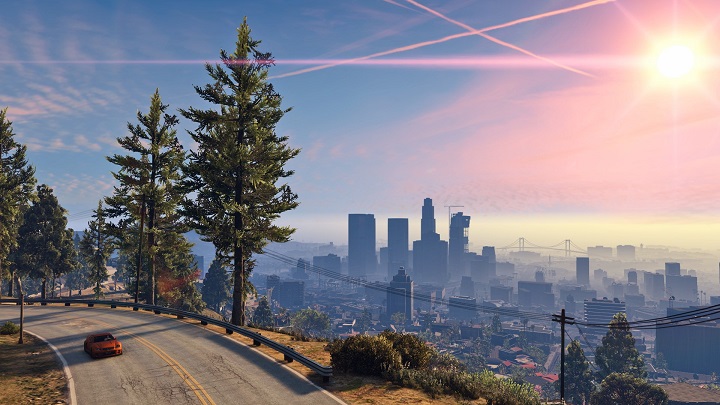 The sixth part of the GTA series is another chance for developers to prove that they have no equal in creating virtual metropolises.

What does the latest leak tell us? First of all, details about the world map. Grand Theft Auto VI is designed to offer players several big cities to move freely between. An anonymous source says that they will include Liberty City, the location of the third and fourth part of the series, and Vice City, which is well known to players (which would coincide with earlier reports), as well as less urbanized areas, such as Blaine County in the Fifth installment. At the same time, the developers would have to make new cities available for support after the premiere. This whole area is meant to be the backdrop to the classic Grand Theft Auto story in which we would start our criminal career as a messenger boy in Liberty City and end up in Vice City as the king of the underground. In terms of gameplay, the game will copy some of the solutions from Red Dead Redemption 2 - such as the mechanics of dialogues with random NPCs and shops offering different assortment in different regions.

According to the information provided, GTAVI, due to the memory limitations of the current hardware, will run only to the ninth generation consoles (and personal computers, although PC owners will probably have to wait longer). This should come as no surprise - new Sony and Microsoft platforms will probably hit the market at the turn of 2020 and 2021, and it is hard to suspect that Rockstar is planning to release its latest production earlier. At the same time, the leak says that developers are working closely with both companies on cloud gaming technology to make online gaming a sustainable process.

Some of the information provided here sounds credible, but on the other hand - most of us guessed that GTAVI will not appear on the consoles of the current generation and that it will not introduce any drastic revolution in the scenario. It is possible, however, that all the rumours so far have led us to a false trail, and in fact Rockstar is planning something completely different. The only thing left to do is to wait for the official announcement.