As announced earlier, Rust received new, improved visuals as part of a new update. Details were discussed in a post on the game's official blog, but they were also briefly shown in a special video. You can watch the material below.

The May update is the culmination of several years of work by the Facepunch Studios team. Initially, the project was associated with the introduction of HDRP support to Rust (which will soon enable the game to use DLSS 2.0). Only that the game's performance with this feature proved to be unsatisfactory and the developers decided to abandon it. Instead, they ported all the visual improvements to the current version of the game as part of a patch, weighing in at around 1.3 GB (via Reddit).

However, Facepunch Studios added - as promised - support for another technology. From now on, Rust players can enable support for Nvidia Reflexwhich reduces system lag by 38%. The feature is available from the game settings, as long as we have a PC with a GPU from the GeForce GTX 900 series or later. 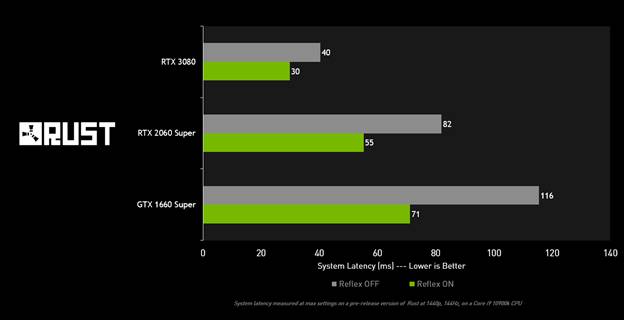 Nvidia Reflex enables us to react faster to in-game situations.

The New World of Rust

Of course, the main attraction of the update is the new look of the game world. The devs have beautified many environmental objects and improved their generation in the game world. This is to be seen in such elements as cliffs, roads, rivers, etc., but also in vegetation dependent on the biome. However, since the new HDRP-ported bushes proved to be much more of a hindrance when setting up a base, the team at Facepunch Studios decided to put them under the same system as trees. This means that when placing buildings and other objects, bushes will automatically be removed, only to reappear a little later elsewhere on the map.

The developers have also put some serious work into monuments, which will fit much better into the procedurally generated worlds than before. In practice, this means better alignment of roads in objects with randomly created routes on the map and the appearance of specially prepared entrances to underground tunnels. 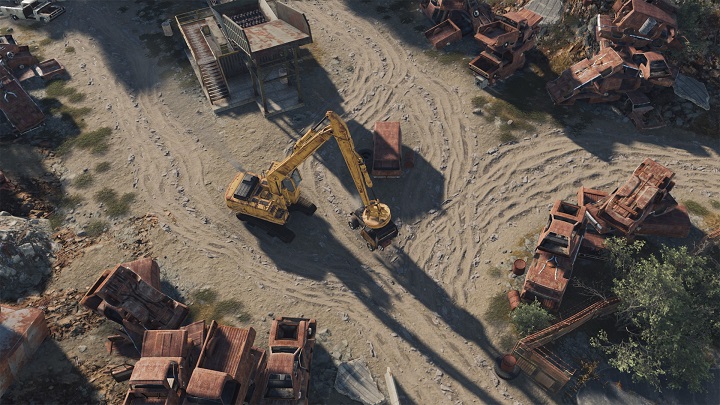 The new Junkyard should attract players who previously steered clear.

In addition to these general changes, some monuments have received their own improvements. Particularly notable was the Junkyard, which, according to the developers, is the least visited spot among them by the players. Therefore, the creators have completely redesigned this location to eliminate the most frequently reported defects and - in the spirit of the update - significantly improve its appearance. They also added a wreck shredder, which can be serviced using a magnetic crane to pick up scrap metal and other resources. Taking this vehicle beyond the Junkyard is not recommended as the machine is not a particularly robust means of transportation.

Similarly, the Satellite Dish, Sewer Branch, Trainyard, and Dome, among others, have been redesigned (though not necessarily as drastically).

Rust's new look fortunately does not translate into worse optimization. On the contrary, here and there the developers have tried to improve performance. In the entry special attention was paid to the Bandit Camp, so far negatively distinguished itself from other locations in the game. The developers have completely redesigned the huts and reduced the density of trees in the forests and the number of NPCs. It was noted, however, that although the studio tried to improve the performance as much as possible, the huge number of novelties ultimately prevents the game from sporting a significant performance gain.

May's update also includes a handful of smaller changes, from improvements to the poker tables and horse troughs, to new map features such as an additional recycling machine in the bandit camp and the ability to perform gestures while riding mounts. The full (and not at all short) list of additions and modifications can be found on the game's official website. 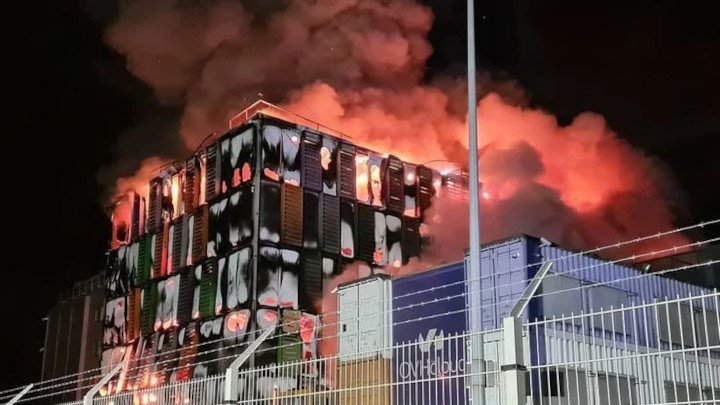 The server room fire in March cost many European players their game progress.

It should be added that Facepunch Studios has already dealt with the problems caused by the March fire in the OHV server building in Strasbourg. As a result, 21 European servers have been restored, albeit with new IPs. Furthermore, Hapis Island has been temporarily removed to bring it up to standard with the May update. The developers have also launched another edition of the event where players can earn unique rewards for watching Rust streams with selected streamers as part of the so-called Twitch Drops. The action will last until May 13.