During the recent The Game Awards 2020, Amplitude showed a new live-action trailer of Lucy from Humankind, inspired by the Civilization series. It announced a new OpenDev scenario, which was released yesterday to players who pre-ordered the 4X strategy. A special beta version of the game will be active until December 28 at 7:00 PT.

Lucy's scenario enables us to play over 100 turns. The players have been given access to the historical period starting from Neolithic (the final stage of the Stone Age) and ending with early modernity. The devs boasted that this is the biggest fragment of Humankind that has been given to the players so far. A sample of this was presented on the new gameplay, available below.

Humankind - how to get access to the test version (Lucy OpenDev scenario):

If you have pre-ordered Humankind outside Steam, you must first activate the key and then create an account on Games2gether. Only after connecting to Steam will you receive the prize in the form of a test version of the game.

In the published OpenDev scenario, you can play as Lucy Adam, the heroine of the live-action trailer, but in the full version, the players will be able to create their own avatars and share them with their friends (not only in terms of appearance but also in terms of behavior, so that they can be used as AI opponents). More details about this feature will be announced soon. The devs have also prepared several characters for their favorite Twitch.tv streamers, which can be unlocked as enemies in the game by watching their broadcast.During them, we will be able to access Lucy's scenario for free. However, to get a chance to do so, we need to connect our Twitch and Games2Gether accounts and watch the broadcasts of event participants (not only those listed below). 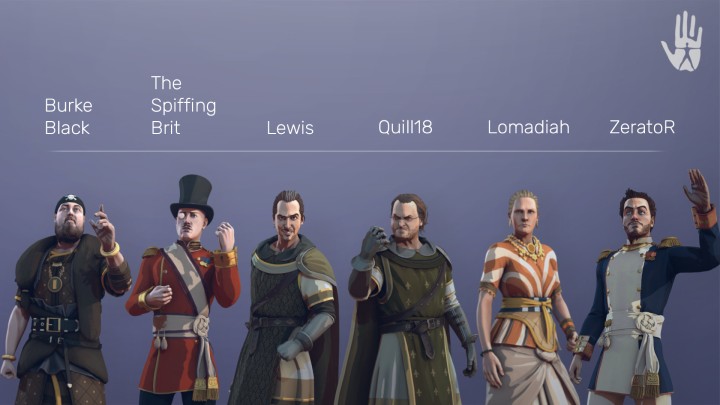 We will be able to use other players' avatars in Humankind.

The 4X strategy game from the devs of Endless Space will be released on April 22, 2021 on PC (Steam and Epic Games Store) and Google Stadia. Here you can find system requirements of the PC version.

Censored Edition of Devotion was Scheduled to Hit GOG.com; It Won't

Diablo 4 without Mythics; Unique Items From Diablo 2 Will Return

Rare Behind the Scenes Footage From Original Star Wars