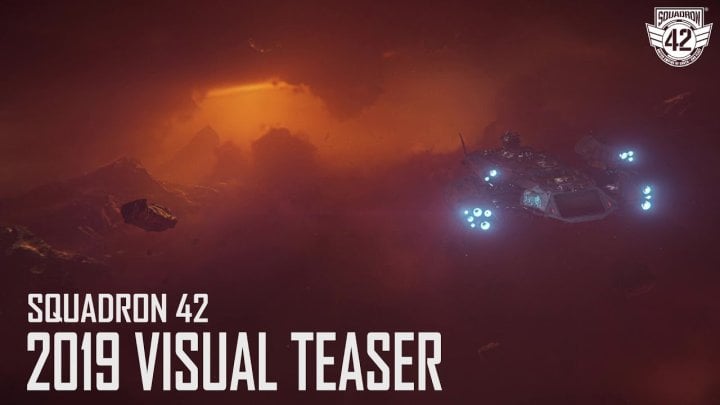 Breathtaking visuals are the focus of Squadron 42's new teaser.

A new trailer for Squadron 42, the standalone single player mode for Star Citizen player, has been released. The leading theme of the video are the breathtaking visuals. Cloud Imperium Games wanted to boast about the work they have done over the last year and the effects of which are undoubtedly impressive. You can judge it yourself by watching the following video, which lasts over 3.5 minutes:

On the video you can look at various shots of space, models of ships and NPCs. In the further part we can also see closed locations, which were developed with terrific attention to detail. The whole thing is running on the game engine. We would like to remind that Star Citizen together with Squadron 42 is being built on Amazon's Lumberyard, a modified version of CryEngine.

However, impressive visuals are not everything - the game is also supposed to impress with an exciting story. The creators boast a star cast, including Gary Oldman, Mark Hamill, Mark Strong, Liam Cunningham, Gillian Anderson, Rhona Mithra, Ben Mendelsohn and Andy Serkis. Last year, Chris Roberts, the head of Cloud Empire Games, spoke about the incredible bond between actors and characters, claiming that effects might top even Red Dead Redemption 2 and God of War in many ways.

Despite the constant delays, the creators earn a ton of money on the on-going development of Star Citizen. The game, which is currently in alpha version 3.8, will be developed for a long time to come, but before its launch we will see a single player campaign. However, also the latter suffered a series of delays. According to the latest reports, Squadron 42's beta-tests will not take place until the autumn of 2020, and the full version will not be released before 2021. At least we got an impressive trailer to wipe our tears.