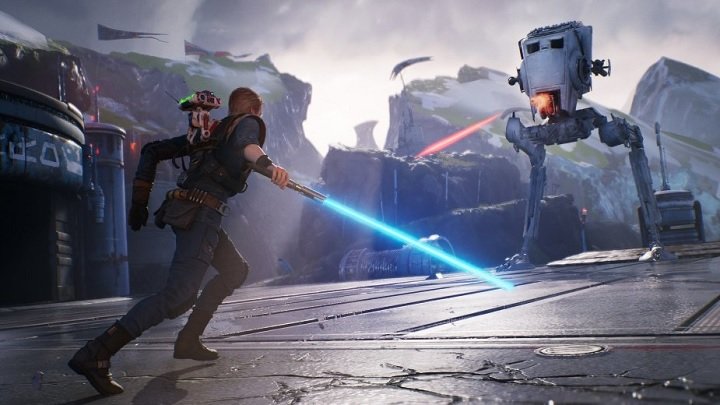 In Star Wars Jedi: Fallen Order we should not complain about the lack of diversity of opponents.
STAR WARS JEDI: FALLEN ORDER IN A NUTSHELL:

We are only a few days away from the release of Star Wars Jedi: Fallen Order, an action game set in the universe of Star Wars, which is being developed by Respawn Entertainment, a studio known from the Titanfall series. Waiting for the launch of the title should be made more pleasant by an interesting material prepared by the US Games channel. The creators of the video analyzed the video materials released so far and compiled a list of all the enemies that appear there, along with their locations. It follows that 29 types of enemies have been revealed so far.

We expect that this is not a full list and in Star Wars Jedi: Fallen Order we will also face enemies who have not yet been shown. In addition, the list of locations where each type of enemy can be found is also probably not complete. Nevertheless, the video gives a good idea of whom we will have to fight in the campaign.

The video does not reveal any secrets of the plot, but a summary of opponents with their locations can be considered a spoiler. Therefore, if you wish to remain spoiler free, we advise you not to watch this material.

In Star Wars Jedi: Fallen Order we shouldn't complain about the small variety of opponents. We will face human enemies such as Storm Troopers and Purge Troopers, who were specially trained to hunt down Jedi remnants, as well as many types of animals, from relatively small fire beetles to giant monsters like Chirodactyl.

There will also be enemy droids and various battle machines controlled by pilots.

Star Wars Jedi: Fallen Order is coming to PC, Xbox One and PlayStation 4. On PC, the game will be available not only through Origin, but also through Steam. The release of the game is scheduled for November 15, this year. The game has recently gone gold, so we don't have to worry about delays.