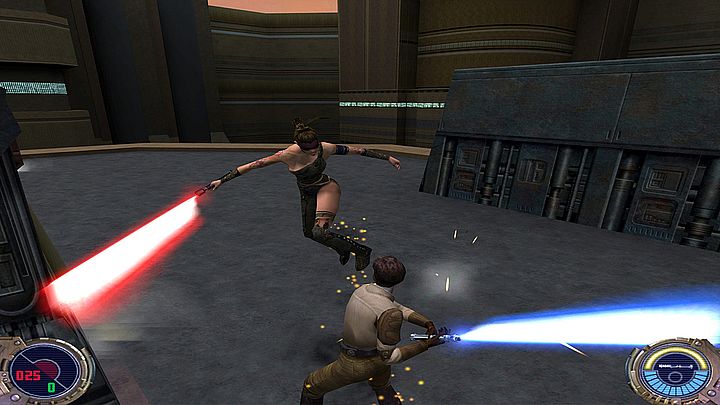 The force is strong in the second half of 2019.

It promises to be a very interesting end of the year for all Star Wars enthusiasts. Not only will the long-awaited (both by fans and haters) episode nine go to cinemas in December, but in November Star Wars Jedi: Fallen Order - an action game from Respawn Entertainment will debut. If you thought this was it, you were lucky to be wrong. On the official website of Star Wars franchise there is a message that this year we will be able to play ports of Star Wars Jedi Knight II: Jedi Outcast. The third part of Kyle Katarn's adventures will be released on PlayStation 4 and Nintendo Switch on September 24.

And that's not all, either. At the beginning of 2020, Star Wars Jedi Knight: Jedi Academy, one of the most valued games in the Star Wars community, will also appear on the aforementioned consoles. The title will return in full glory, because with the multiplayer mode. Both productions will also receive appropriately improved controls (including support for Gyro Aiming on the Switch). Aspyr Media is responsible for the release of the titles on Nintendo Switch and PS4. Below you can see some screenshots of the September edition of Star Wars Jedi Knight II: Jedi Outcast.

FIFA 20 (FUT) - Ratings of New Icons: Zidane, Drogba, and Others