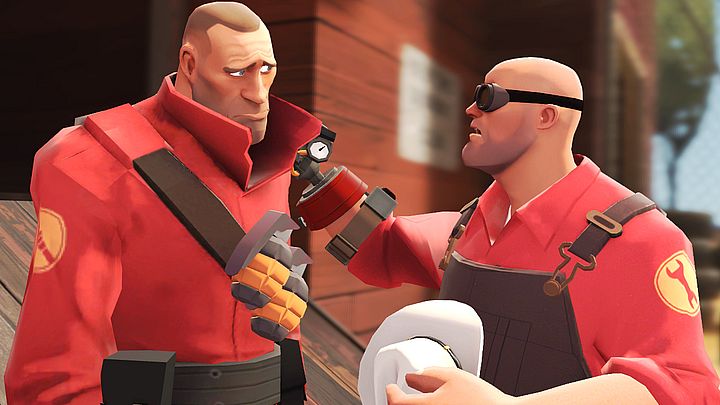 For several days now, the announcement of Half-Life: Alyx has been the number one topic in the video game industry. The game will be dedicated to VR googles. This, of course, led to discussions about the third installment of the popular series (which, in turn, has been the number one topic on the forums for years). While the eyes of the world are on the new titles, somewhere in Valve's catacombs another game that has been entertaining the players for years is slowly giving its last breath.The game in question is Team Fortress 2 - an online FPS with a slightly grotesque style.

Confirmation of this state of affairs is a several-minute video from Valve News Network channel, which deals with informing the community about the smallest activities of the company. The material includes, among other things, excerpts from a statement by one of Valve's long-time employees, Greg Coomer, who said that almost no one is currently working on Team Fortress 2. This does not sound good for users who are still having fun in the game:

There are very few people working on Team Fortress 2. I don't know the exact number, but it's, you know, hardly anyone anymore. I think that's kind of obvious, because we don't have big updates for that game really anymore. We're just kinda keeping it going and we're just gonna try not to shut it down or anything. But there's hardly anyone working on it.

Maybe, as the dev says, we shouldn't be surprised. According to Creators.TF, it's been 765 days since the last major update. Recently, Valve's official Twitter account informed that the company is in the middle of a really hot period. Announcement of Half-Life: Alyx, updates for CS:GO and Steam, and with "more to come soon". For Team Fortress 2 fans, this is more of a false hope than a real expectation that this "more" will somehow turn out to be something new for their game. Of course, Valve releases smaller expansions from time to time, but this is definitely not enough for the dedicated community assembled around the title.

Team Fortress 2 appeared on the market on October 10, 2007; that's over 12 years ago. Teamwork.TF reports that the game still has a large community of over 10 thousand active players. Let's add hundreds of ours of involvement in creation of mods and suddenly it turns out that the title is not so dead as some would want it. The only question is whether Valve will still decide on extending the official support for the game, or leave everything in the hands of the players.