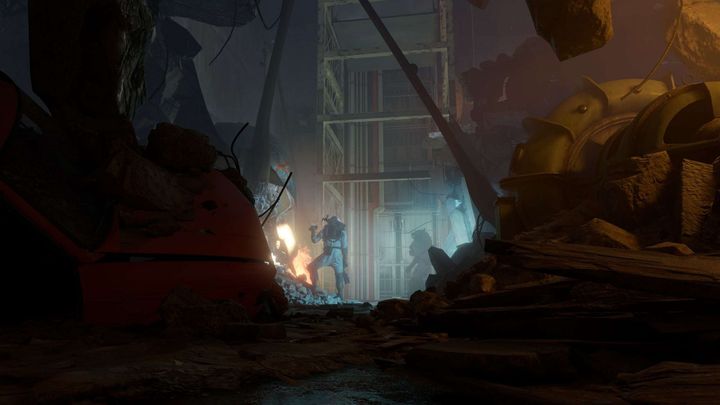 Half-Life: Alyx will probably not be the last part of the series.

Yesterday, Valve announced a new game from the Half-Life series. Half-Life: Alyx, as the game is titled, is dedicated to VR devices and is a chronological prequel to the second installment. It turns out, however, that if Alyx is a success, it will not be the only title from this series that we will receive in the coming years. Can we expect a full-fledged return to the franchise and the creation of new games? The answer of one of the developers, David Speyrer, to one of the questions in an interview for The Verge, leaves no doubt about this issue.

"Yes. It’s probably no surprise that many people at Valve have been wanting to get back to the Half-Life universe for a long time, and this experience has only reinforced that. In the process of creating Half-Life: Alyx, we’ve had to explore new ways to tell stories with these characters and this world, and we’ve discovered a lot of new gameplay experiences that go beyond what we’ve been able to do before. Of course, we’ll have to wait and see how people react to Half-Life: Alyx once it’s out, but we’d love to continue pushing forward," said the developer.

It seems that the long-awaited Half-Life 3 , which appeared in the rumors so many times that it managed to become a meme, can still be made. It is not yet clear what form the possible continuation of the series could take. All we can do is wait for Half-Life: Alyx and see how the game is received. David Speyrer emphasizes that HL:A is a full-fledged game, not a technology demo. We can expect a story campaign of a length comparable to Half-Life 2.

"It’s not a side story, nor an episodic one — it’s the next part of the Half-Life story, in a game around the same length as Half-Life 2," the developer assures.