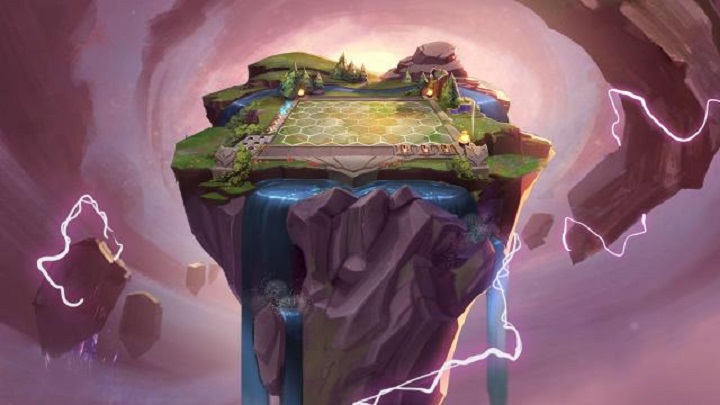 The creators of the League of Legends have also noticed the potential of Auto Chess.

Teamfight Tactics, the new mode introduced in League of Legends from Riot Games, was released yesterday on the LoL test server. Everyone who has an account there can enjoy the new game mode based on the popular Auto Chess mod. Teamfight Tactics will make its debut on official servers with the next patch, which according to the standard schedule should take place next week on Tuesday (June 25).

Since yesterday Teamfight Tactics has been beating the popularity records on Twitch by outpacing such productions as Fortnite, Grand Theft Auto 5 and League of Legends in terms of number of viewers. It is worth remembering that this game mode got its own category on Twitch. It is also impressive that the large number of viewers is not only the result of one streamer, but also of several popular ones, who decided to show what the game looks like to a wider audience. 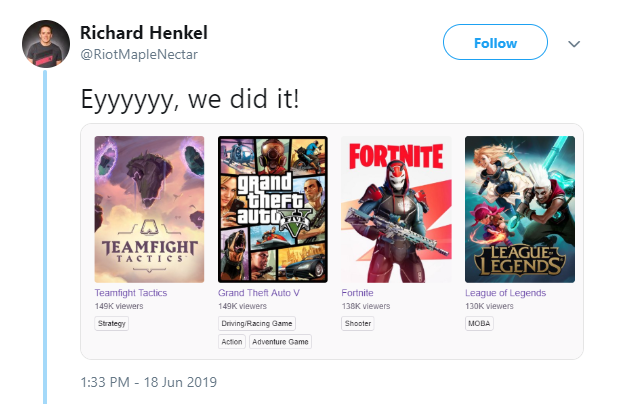 Teamfight Tactics with the highest number of viewers on Twitch.

The new genre of games is gaining more and more popularity. Derived from a Dota 2 mod, Dota Auto Chess became a hit in just a few months. This has led to major game developers trying to create their own version of Auto Chess and attract players. We can now play Dota Underlords from Valve and Teamfight Tactics from Riot Games. The game from the creators of the original mod, Auto Chess, which will be available on Epic Games Store, is also waiting for its launch.

Below you can watch a video of one of the popular League of Legends players and streamers where Teamfight Tactics is presented. As you can see, it is not too different from the original. This is still an eight-person online game inspired by chess, in which instead of classic pawns and figures we use characters known from League of Legends.