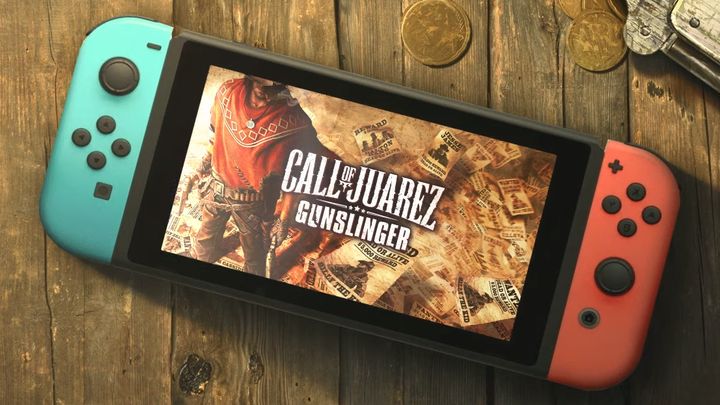 Call of Juarez: Gunslinger on Switch gets first trailer.

Techland has officially announced that the last (so far) part of its western series of first-person shooter - Call of Juarez: Gunslinger - will hit the Nintendo Switch console (as we have known for some time now). Also released was the first trailer, which lasts less than a minute, but presents fragments of the gameplay and contains some information about the exclusive features for this release. This edition will be released on the market on December 10.

Admittedly, the version dedicated to the hybrid console of the big "N" looks and works quite decently, which is probably due to the comic book-like, cel-shading artistic style and the fact that originally it was a title designed with the previous generation of hardware in mind. The Nintendo Edition will be enhanced with the option to use joy-cons for targeting and support for HD Rumble vibrations.

Let us recall that Call of Juarez: Gunslinger debuted on May 22, 2013 on PC, PlayStation 3 and Xbox 360. The game was warmly received by industry experts - its average review score on Metacritic is 75-79%, depending on the platform.