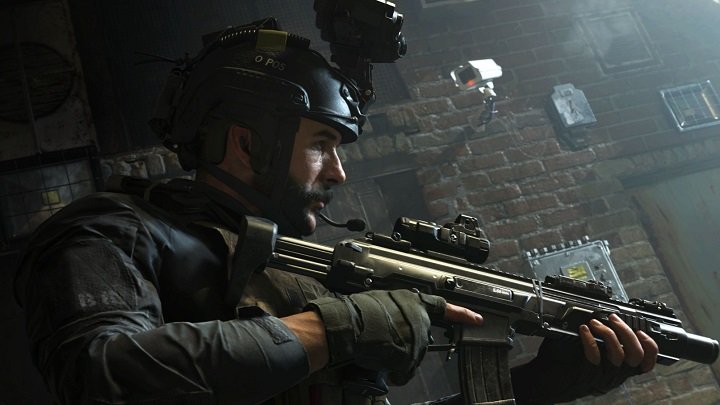 Modern Warfare's return was a success.

We have finally seen the launch of Call of Duty: Modern Warfare, which is this year's edition of the most popular series of first-person shooters. The game was released on PC, Xbox One and PlayStation 4. It is worth mentioning that the PC edition uses the Battle.net client. It should also be added that the first players report problems with servers - we hope that they will be quickly resolved.

With the game's launch, the first patch made its debut. It focuses on debugging and improving PvP skirmishes in multiplayer, especially spawns. In addition, there are a few improvements developed specifically for the PC version, such as the introduction of the HDR effect or changes in controls.

The web already features a hefty number of reviews, which allow us to assess whether the game has met the expectations. According to Metacritic, the version on PlayStation 4 has an average rating of 86%. Below are some of the selected review scores:

The overall impressions of the reviewers are very positive. They praise the excellent multiplayer, in which the diversity of map designs and the realistic mode, which makes the game similar to a tactical shooter by disabling helpful interface elements and increasing weapon damage, make a good impression.

The story campaign (the first 20 minutes of which were published yesterday) is full of impressive sequences and offers a great variety of missions is another thing that met with positive feedback. Its most serious drawback is its modest size, because according to the traditions of the series, we can complete it in just 5-6 hours.

The co-op mode aroused less enthusiasm among the reviewers. Instead of campaign, the game opted for Spec Ops mode, which consists of short missions. Unfortunately, this element is underdeveloped. Opponents will spawn too often, and their arrival is not divided into waves. It is worth noting, however, that the reviews were created after a special event organized by the publisher, so it is possible that the version which debuted on the market will be more refined in this respect.

The review reveals the image of a game, which fulfills most of the hopes placed in it and should satisfy the fans of the series. The changed business model, compared to the previous editions, may help in this respect. Instead of paid DLC, the devs opted for seasonal development. All additional modes and maps will be available for free, simultaneously on all hardware platforms. You won't find any lootboxes or supply drops in the game either. In addition, the weapons and their modifications affecting the game will be unlocked through playing.