Re-Logic, the developer of the well-known and popular Terraria, decided to celebrate the tenth anniversary of the release of their sandbox, which took place on May 16, 2011. The best way to do it turned out to be another update. Patch 1.4.2.3 enriches the title with a special world seed (Celebratory Seed), and fixes several minor and major bugs.

To create a new world with Celebratory Seed we will need a kind of password. It's not hard to guess, though - all you need to know is that it's related to the game's tenth birthday (you'll even find it in the post, but I won't say where). After solving the puzzle and generating the area, you will be transported to a beach. You will quickly notice that some elements of the world grown from the special seed have strange, unusual colors. You will also immediately come across NPCs celebrating, whose names should attract the attention of all long-time Terraria fans. These are, of course, not all the interesting things in the update, but in order not to spoil your fun, I won't describe them all here. Happy exploring! 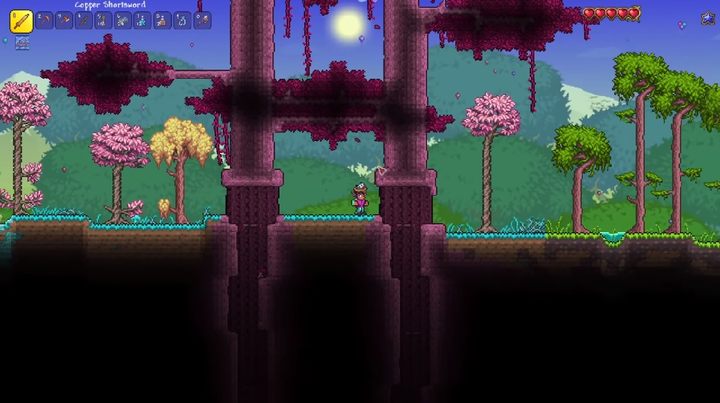 The devs of Terrarii haven't made too many improvements in update 1.4.2.3. They changed the stats of the Frost Armor set, added a missing description of Queen Slime's treasure bag, fixed a bug where King Slime's minions were collecting money and then disappearing with it, etc. The full list of fixes can be found here.

Re-Logic points out that in order to celebrate the decade of the game's existence and enjoy the contents of patch 1.4.2.3, it is necessary to download new version of the dedicated server. It's also worth mentioning that the studio has organized a contest in which community members can show off their creations related to Terraria: maps, texture packs, fanart, screenshots, etc. The works can be submitted until Sunday, June 13, 08:59 AM PT. More details can be found on the developers' website.

The release of the update 1.4.2.3 may surprise - after all devs have stated that the development of the game has ended . However, this did not stop them from providing fans of Terraria with Steam Workshop support and the release of the patch described above. Who knows, maybe there are more surprises waiting for us in the future? The owners of 35 million copies of the game certainly wouldn't say no.