HBO is considered by many to be the best producer of original series in the world. Every year the station releases productions that are able to delight audiences of different tastes. The year 2019 will be no exception in this respect. A summary of what releases we can expect in the coming months was presented to us by the giant in a two-minute video broadcasted yesterday before the last episode of the third season of True Detective. Sit down comfortably and we shall invite you to the upcoming screening.

The above trailer includes sneak peaks from more than thirty series, documentaries, TV films and HBO production programmes. What is probably most interesting? The new shots from the final season of The Game of Thrones, presenting Arya Stark, the dragon and the marching army. All three, and much more, will be seen on April 14th, when the first of the six final episodes of George R.R. Martin's Song of Ice and Fire will debut. Many certainly enjoyed the short footage from Deadwood, a continuation of the cult Western series with Timothy Olyphant and Ian McShane in the lead roles, which was created after a lot of setbacks.

In addition, the video included small teasers of the new seasons of Players, Great Lies and Figurants, as well as debuting productions of the Guardians based on the famous comic book by Alan Moore, created in cooperation with the BBC screenings of Dark Matter and historical miniseries about the Chernobyl and Catherine the Great catastrophe. So HBO will definitely offer a lot to watch. 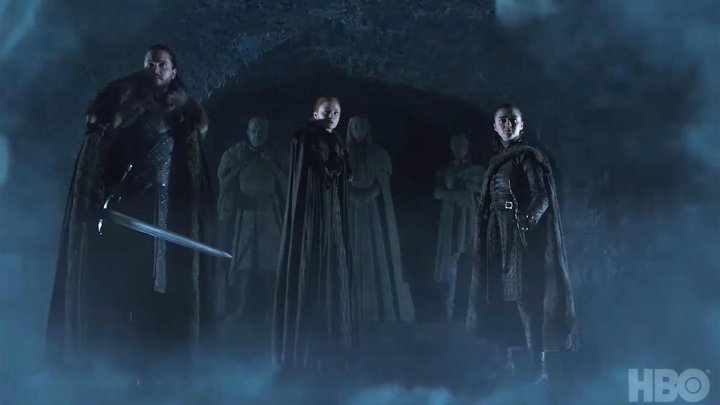 The final season of the Game of Thrones will be one of the most important premieres for HBO this year.

We would like to remind you that all original HBO productions, as well as many others, can be seen not only on television, but also on the HBO GO platform.