Devs at Exor have released a new update for The Riftbreaker. The patch focuses on improving gameplay balance. The team also revealed a detailed roadmap and it is very ambitious. From the information shared, it seems that the next year should prove to be very fruitful for fans of this game. Before we move on to discuss the upcoming attractions, it should be added that the devs want to be flexible and the suggestions of players can change the plans.

Before the end of the year, the devs want to implement improvements to the campaign. We'll be able to configure many of its elements, which in practice will enable us to create our own difficulty level, tailored to our preferences. We'll also get improvements in balance and gameplay.

Moreover, we can expect the release of official modding tools. They will enable us to create new maps and missions, as well as to change practically every element of the game, including weapons, enemies and development trees.

For now, the game's modding options are very limited, but fans have created a few notable projects anyway. Some of the most interesting projects can be found on our FTP server. Their creators agreed for us to host mirrors.

First half of 2022 - expansion of the game world and DLC 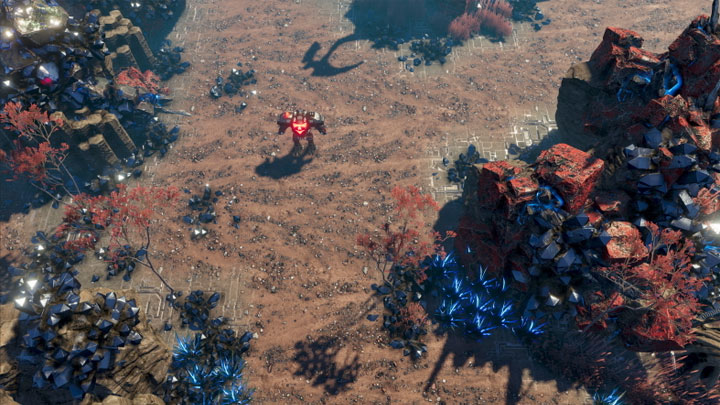 Next year we will visit a new region of the alien planet.

In turn, in the first or second quarter of next year, the game will add an additional biome, enabling us to explore new regions of the alien planet. The location will offer unique flora and fauna, as well as new weather events, weapons, technologies, items and upgrades.

We'll be able to play with these new elements for free in the survival mode. Modders will also be able to use these elements in their projects. At the same time, a paid DLC with new story missions set in these areas will be released.

The creators are also working on the multiplayer mode, which will be available for free in the form of an update. The priority is to add a co-op mode, but after it's done, the developers may also decide to prepare other game variants.

For now, Exor can not provide an exact date of release of the multiplayer mode. However, the developers expect that it will debut in late 2022 at the earliest.

The developers also released a list of other novelties that are being considered for addition. Some of them came from the developers themselves, and others were suggested by players.

Many of these innovations will appear next year, and the players themselves will decide which ones will be implemented first.

The Riftbreaker was released on October 14 on PC, Xbox One and PlayStation 4. Thanks to backward compatibility, the title can also be played by owners of Xbox Series X/S and PS5. The game is also available in Game Pass on both PC and XONE.

Battlefield 2042 Loses Head of Design After the Launch