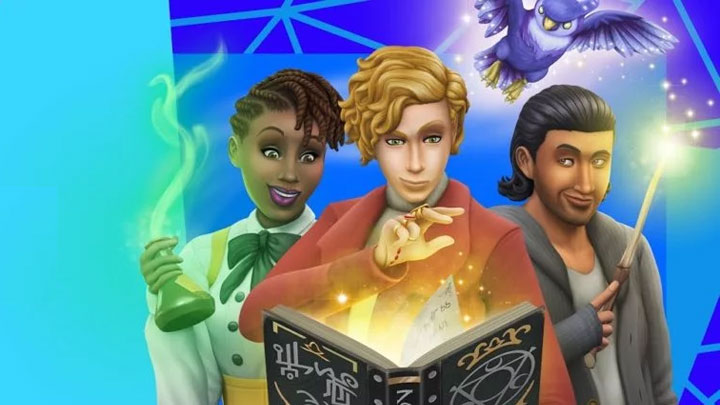 The land of magic will first be visited by PC players.
THE SIMS 4: REALM OF MAGIC IN A NUTSHELL:

Electronic Arts has announced The Sims 4: Realm of Magic, a new expansion for the fourth installment of the popular series. The production will debut on PCs on September 10, this year. On October 15, the title will go to the Xbox One and PlayStation 4 consoles.

Thanks to Realm of Magic in the world of The Sims 4, there will be a portal leading to the fantastic land known as Glimmerbrook, which includes both a cosy town and a gloomy forest. In this place the characters will meet masters of magic who will teach them spells that will allow them to conjure up food or turn humans into objects. They will also be given the opportunity to experiment with potions that grant immortality or remove curses. There will also be duels with other adepts of magical arts.

The expansion will also offer a lot of new clothes such as cloaks, dresses and accessories. Some of them will have magical properties, e.g. allowing us to charm the crowds. There will be no shortage of additional items.

Another attraction is to be the possibility of calling a familiar, such as a dragon or a fairy, who will protect our sim and help him with his tasks.

The Sims 4 debuted on PC in 2014, and three years later the game was released on Xbox One and PlayStation 4. Despite being almost five years old, the production still enjoys great popularity. Electronic Arts recently boasted that in the past quarter, the playerbase of the fourth part of the series has grown by 7 million people. Moreover, the expansions for this production were downloaded 55 times more frequently than in the previous year.