Apparently, our yesterday's assumptions were not far off the mark, and Gearbox Software and Blackbird Interactive actually have an announcement for gamers to mark the 20th birthday of the Homeworld series. We will learn about what it is on August 30 at 1:30 a.m. PT, when Gearbox Software panel on this year's PAX West will start.

At the end of September it will be twenty years since the release of the first installment of the Homeworld series. On this occasion, Gearbox Software and Blackbird Interactive are apparently preparing to announce a new game from the franchise.

First, the CEO of the former company, Randy Pitchford, published an entry on his Twitter profile asking fans if their team should somehow celebrate the 20th birthday of the series. The aforementioned dev team responded by stating that it was a "brilliant idea". Later, on the twitter profile of the series, an enigmatic message was sent to the players about the "incoming transmission", enriched with a picture presenting a distant galaxy. The news may evoke associations with the famous *beep* from CD Projekt Red, and probably everyone remembers what happened later....

So when will we see the announcement of the new Homeworld? Well, Gearbox Sofware has already confirmed its participation in this year's PAX West; its panel is scheduled for August 30, 1:30 PM PT. Who knows, maybe Borderlands 3 is not the only production from the company's portfolio that Randy Pitchford and the crew will tell us about?

Gearbox Software has acquired the rights to the Homeworld franchise in April 2013. Since then, players have received the Homeworld Remastered Collection compilation, as well as a very warmly received RTS titled Homeworld: Deserts of Kharak, developed by Blackbird Interactive. It is also worth mentioning that the team was founded by former members of the Relic Entertainment team, including people originally responsible for the development of this iconic series. 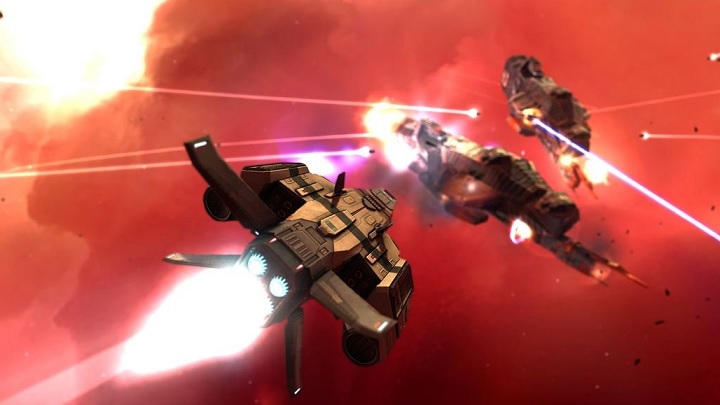 The Sims 4: Realm of Magic - New Expansion Has Spells and Familiars