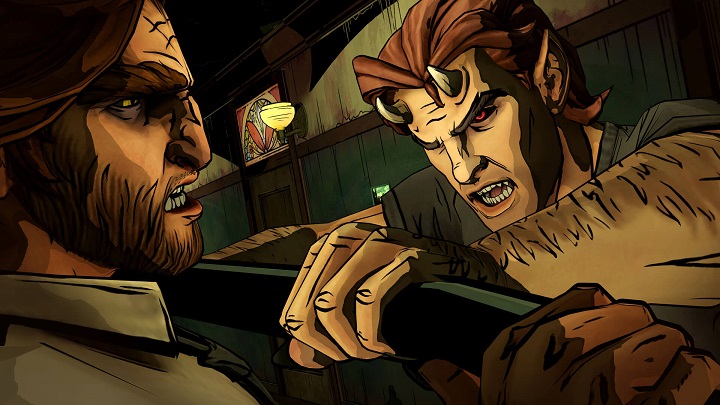 The Wolf Among Us for free.

At the end of August we learned that Telltale Games (responsible for The Walking Dead and The Wolf Among Us) was resurrected. Let us remind that due to bankruptcy, developers had to close their operations in 2018. For several months now, the new owners (the studio kept its name, but the previous employees are not associated with it) have been doing their best to restore what was lost. The games from the producer's catalogue returned to the market and the rights to some titles were bought back. Thanks to this, the creators were able to announce another part of the a renowned series, The Wolf Among Us 2 at this year's The Game Awards gala.

On this occasion, the first part of this well received 2013 adventure game is available for free download in Epic Game Store. The offer will be valid until December 19 until 8 AM (PT). You can get your free copy at this address.

The Wolf Among Us is an adventure game divided into episodes, based on a license from the Fables comic book series created by Bill Willingham. The action of the game takes place in a world where fairy tale creatures escaped from the magical land and found themselves in our world, among mortals. The player takes on the role of sheriff Bigby Wolf, who discovers that the recent murder is only the beginning of the upcoming events. The decisions made by the players (as well as the timing of the decisions) have an impact on the development of the story.

Winners of The Game Awards 2019

Baby Yoda Comes to The Sims 4