Age of Charlemagne is the second major expansion to Total War: Attila, grand strategy game from Creative Assembly. The pack is going to introduce a new, massive campaign set at the dawn of the Middle Ages, starting in the year 768 CE. We can expect 8 playable factions (unannounced yet) and hundreds of units characteristic of the period, spearheaded by heavy armoured knights. Interestingly, upon meeting certain conditions (unique for each faction) you will be able to establish a kingdom for your nation, and name it any way you want.

Other features include new buildings and technologies, Army and Navy Legacies, more specialized Agents, as well as war weariness feature, meaning the more wars you wage the less happy your people are. 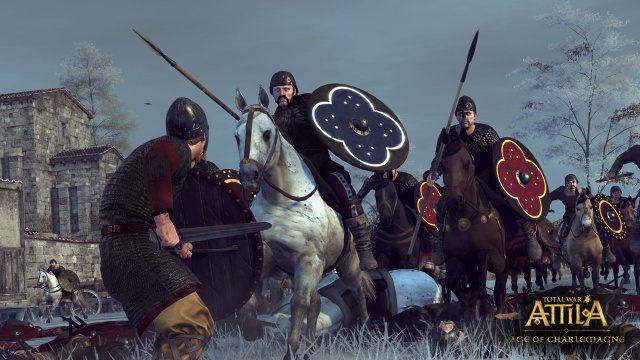 Age of Charlemagne will present the beginnings of the Middle Ages.

Total War: Attila - Age of Charlemagne is going to be released on December 10  until that date you can pre-order the expansion with a 10% discount on Steam ($13.49). Creative Assembly says they will be gradually revealing new playable factions on their Twitch channel as the release approaches.