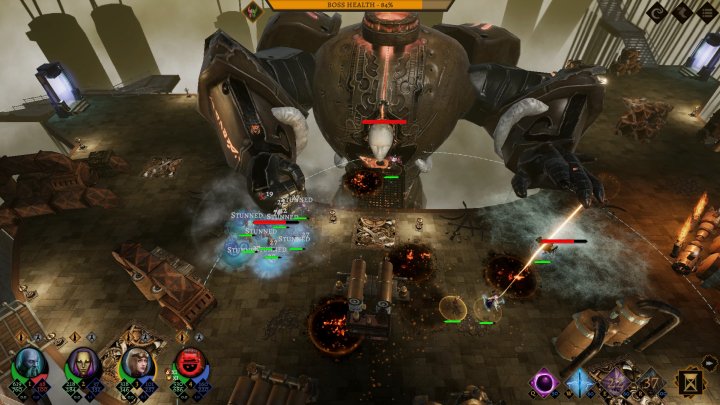 Tower of Time is a decent Polish RPG.

In mid-December, when the winter promotion on GOG started, we could pick up Wasteland 2 Director's Cut for free. The store prepared one more pleasant surprise for us, because at the end of the sale we can also acquire Tower of Time, an RPG from the Polish studio Event Horizon, for free. To reclaim the gamet, go to the GOG homepage and scroll to the place where you will see an appropriate banner with the "giveaway" button. You can also look in the game card and click on "giveaway", but you will still have to do the action described above.

Tower of Time as a free gift for the Holiday sale on GOG is an extremely nice surprise as it is a title well received by critics and players (average rating on Metacritic is 77%), which came out just a year and a half ago. It is a party-based fantasy RPG, drawing in spades from the dungeon crawler genre. Combat in the game takes place in real time with the possibility to slow down the action for a short time.

You still have around 40 hours to add Tower of Time to your GOG account. The offer ends on January 1 at 6:00 a.m PT.The sale in the store will take a day longer.