According to Gematsu, the Taiwanese gaming age rating organization has just rated a title called Immortals: Fenyx Rising, delivered by Ubisoft. So is it possible that the French giant is preparing an unexpected announcement of a new title? Not necessarily. There are many indications that this is just the new name of the colourful TPP action game, announced during last year's E3 fair and based on themes from Greek mythology - Gods & Monsters. 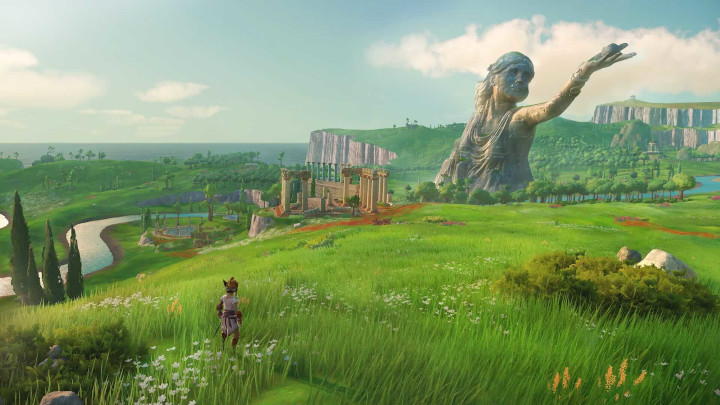 How so, you may ask? Well, at the beginning of this year there was a little commotion - Google Stadia streaming platform offered the option to launch an item titled Orpheus. It turned out to be a demo of Gods & Monsters. Ubisoft confirmed the authenticity of the leak, but in a statement for Eurogamer in January Marc-Alexis Cote emphasized that the game has changed quite a lot since the creation of the demo version, which could be checked on Stadia. According to his words at the time, the current shape of the game, which is already appearing under a different title, will be presented at the end of this summer (it is unknown when exactly). In light of this announcement and taking into account the fact that the protagonist of the rated game is named Fenyx, it seems rather obvious that Immortals: Fenyx Rising is in fact Gods & Monsters.

As you may remember Gods & Monsters (or Immortals: Fenyx Rising) is coming to PC, PlayStation 4, PlayStation 5, Xbox One, Xbox Series X, Nintendo Switch and Google Stadia. The title was originally due to be released early this year, but due to the poor reception of Tom Clancy's The Division 2 and Tom Clancy's Ghost Recon: Breakpoint, the launch was postponed to fiscal year 2021 (from April 2020 to March 2021). To when exactly? This is unfortunately not known.