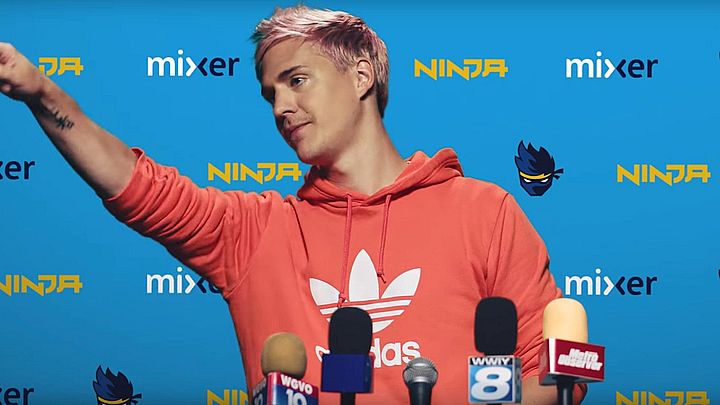 Ninja made a dash for Mixer. Unfortunately, a lot of jimmies, or rather benjamins, were rustled in the process.

Two days ago, the gaming world was shocked to learn that Ninja, the most popular Twitch streamer, had left the platform in favour of Mixer, a competitive Microsoft service. Everyone on the Internet agreed that this must be the result of a breathtaking sum paid by Microsoft to the gamer. After all, when we do not know what the deal is, then the deal is money. Tom Warren, the editor of The Verge, shed some light on the situation, by tweeting what follows:

Of course, there is no official confirmation of Warren's words, which was pointed out to him by Twitter users when they wrote that his source is most likele the RNG. However, if the popular streamer really got $50 million, then Microsoft must really believe that this transfer will have a positive impact on the promotion of the company's products.

Mixer is currently the third most popular streaming service. It follows Twitch and YouTube Gaming Live. The presence of such a popular gamer is likely to increase the popularity of the platform itself. The fact that season X of Fortnite has recently launch, the game Ninja is known for playing, should also help.

Android Will Enable Us to Choose Search Engine