Sony is still working on the development of PlayStation 4 software. Not so long ago, update 6.72 was released to improve the platform's performance, and another, 7.0, was released in the beta phase. New update can be tested by those who agreed to take part in the tests here and received an invitation email. However, they must be aware that they will not be able to participate in events and use the Share Play feature with people who are not participating in beta-test. 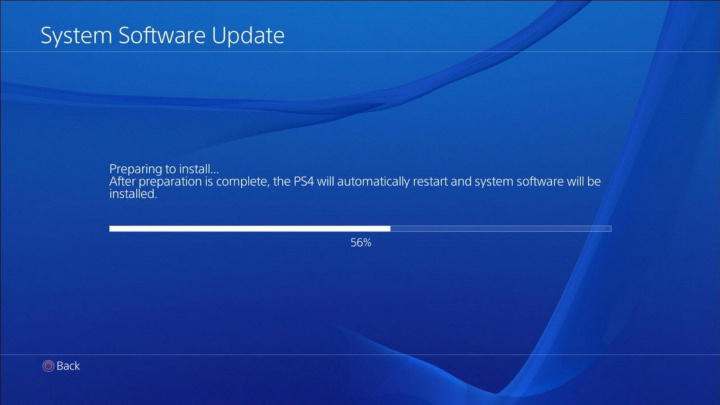 Selected people can now check out the newnew major software update for PlayStation 4.

The PlayStation 4 software update 7.0 is the first major update since March, this year. Its main function is to increase the maximum size of parties from eight to sixteen people. This is a tribute to players who like to play particular games in a larger group. In addition, Sony has worked to improve the update process itself, which will soon not require a restart of the console every time. All you need to do is to check the automatic installation option in your system settings.

But that is not all. People with HDR displays testing software update 7.0 noticed that the system's options now have the ability to adjust the brightness level. This is a feature that will be useful for games that do not have this type of settings. What is important, it also works on apps like Netflix, which will surely appeal to film and TV series enthusiasts. Setting the screen brightness from the system level will certainly make life easier for many players.

It is not yet clear how many more major updates PlayStation 4 will receive, as it has already entered the final stage of its "life cycle". It is likely to be replaced by a next-generation platform - PlayStation 5 - at the end of next year. More details about it can be found here.