Tomorrow it will be a week since the release of V Rising in Early Access. However, it can already be said that the game was a great success.

The game debuted in Steam Early Access on May 17, this year. It is a paid production, costing around $15. 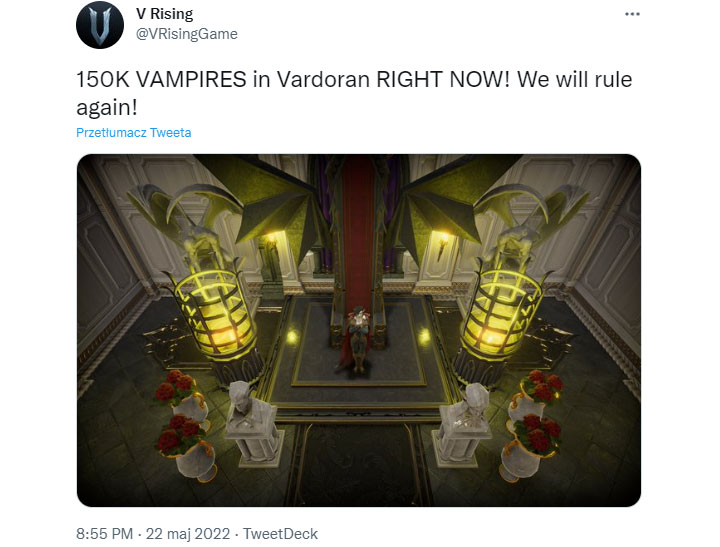 V Risinh is by far the most popular game in the output of Stunlock. This is all the more impressive that it is a paid production, while all other games of the studio use the F2P model.

Let us recall that V Rising is available only on PC. The game was warmly received - 87% of user reviews on Steam are positive, which is categorized as "very positive reception".

Not everything in the game works as it should, but the developers are working on fixes. One of the priorities for the authors is to add an offline mode.

Days of Play 2022 Inbound; Sony is Preparing a Console and Game Sale