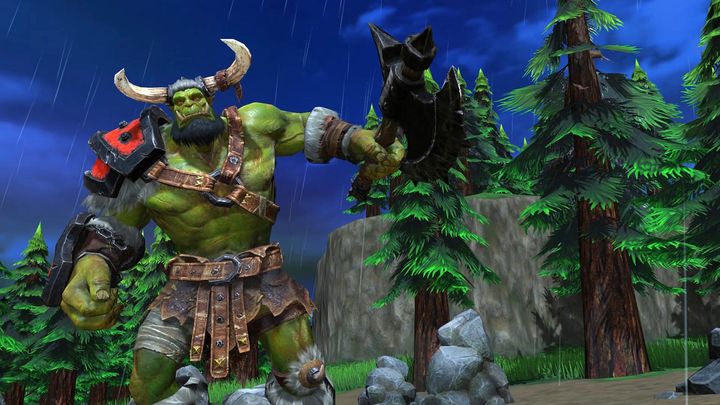 Blizzard Entertainment announced yesterday that the multiplayer beta-tests of Warcraft III: Reforged will begin this week. The game is a highly-anticipated remake of Warcraft III: Reign of Chaos from 2002. As it quickly turned out, "this week" in practice meant "immediately", because the first materials from the game started to appear on the Internet shortly after the publication of the statement.

Beta client of Warcraft III: Reforged offers access to two races (Humans and Orcs), as well as 1vs1 and 2vs2 modes. The following weeks will also see the addition of the Undead and Night Elves factions and new modules. To take part in the tests you need to receive an invitation - they are first sent (in tranches) to people who purchased the Spoils of War edition of Warcraft III: Reforged before the release. Then, invites will be sent to, among other, buyers of the standard edition of the title.

Let us remind that Warcraft III: Reforged was announced almost exactly a year ago - during the BlizzCon 2018 event (the next edition of the event will start this Friday and most likely we will see the announcement of Diablo 4 and Overwatch 2). Remake of Warcraft III does not have a release date set yet. Recently we have been able to compare its visuals with the original version. There are also three large gameplays available, showing several races in actions.