During yesterday's Shadowlands Update stream, Blizzard representatives did not limit themselves to announcing that all the elements of the latest addition to the cult World of Warcraft are already ready and providing the dates of its release and beta-test launch. In addition, John Hight, the game's executive producer, presented the limited collector's edition of the upcoming expansion. You can see it in its full glory in the picture below. 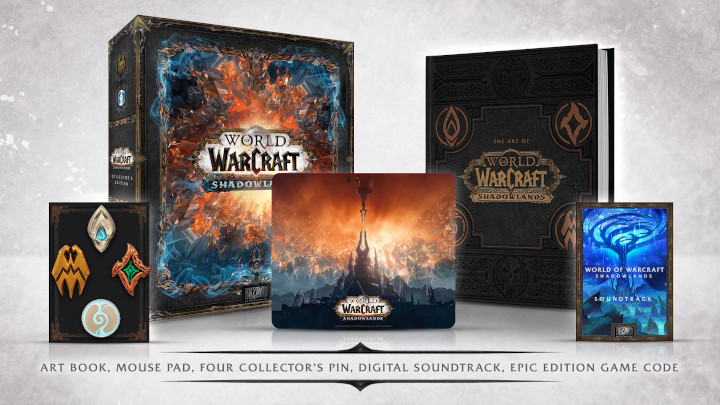 The Shadowlands Collector's Edition may appeal to World of Warcraft fans.

The collector's edition of World of Warcraft's Shadowlands add-on will include a hardcover edition of the Art of the Shadowlands album, a mouse pad embellished with graphics from the expansion, a set of four pins with themes from all the Pacts ruling the dead in the afterlife and a digital version of the game's soundtrack. The heart of the set, however, is the key to the Epic Edition of World of Warcraft: Shadowlands. Not only does it unlock the add-on, but also guarantees 30 days of fun and access to a range of exclusive bonuses - the Ensorcelled Everwyrm mount, Anima Wyrmling pet, Eternal Traveler's Hearthstone item, Vestments of the Eternal Traveler set, the Wraithchill weapon enchant and the ability to instantly advance our character to the level where we can start playing Shadowlands. 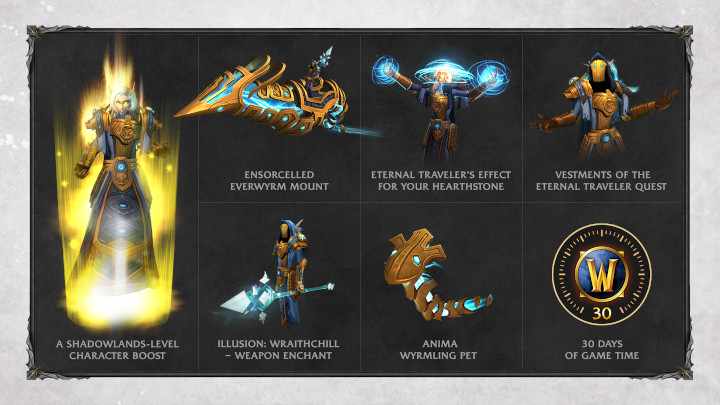 Here are the bonuses that you will find inside the game when buying Shadowlands' collector's or epic edition.

The Collector's Edition of Shadowlands is pricedat $119.99. Its pre-purchase should be available soon. Importantly, if someone has already purchased a copy of the latest World of Warcraft add-on and would like to upgrade it to a limited edition, they will receive a partial refund to their Blizzard account. The condition is to enter the collector's release key by noon on April 1, 2021. You can find more details about this here.

According to current plans, World of Warcraft: Shadowlands will debut this fall. Next week, however, beta-tests of the add-on will start. Invitations to participate in them will be given to selected people who have subscribed on this website.

The Boys Season 2 Trailer is Here