Last night the Shadowlands Update stream organized by Blizzard took place. As the title suggests, it was entirely devoted to the upcoming expansion for the hit MMORPG World of Warcraft (see the full recording below). Some good news appeared during the broadcast. First of all, the creators announced that all elements of Shadowlands are ready. However, they require additional testing and possible polishing, so the beta of the new expansion will be launched next week. Invitations to the beta should be sent to selected players who have expressed their willingness to participate (this can still be done here), soon.

Blizzard representatives also confirmed that according to current plans, the full version of Shadowlands will debut at the end of this year, specifically in the fall. Unfortunately, the exact date was not provided. Therefore, we are left with speculation. Looking at the intervals between the beta-test launch and full release for previous expansions, we can carefully assume that November is the most likely date. However, we have to take a correction for the persistent coronavirus pandemic, which may additionally disrupt the work on the add-on. Everything can therefore still change, and it is possible that this fall will not be the final release date for Shadowlands (via Game Rant). 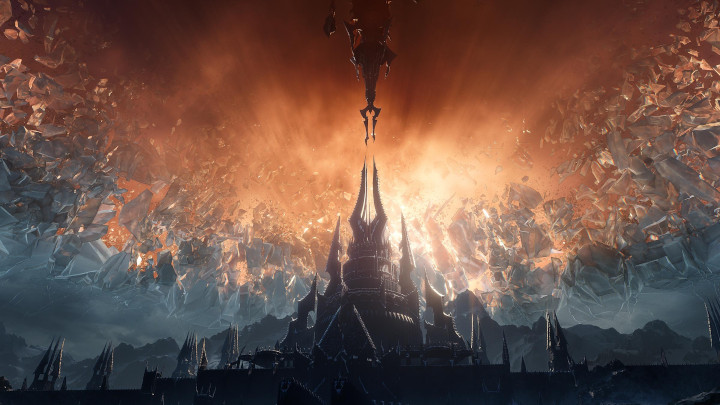 Work on the Shadowlands expansion is coming to an end.

The Shadowlands expansion was officially announced at the BlizzCon event in early November last year. As part of the new add-on, Azeroth's greatest heroes will enter the title Shadowlands - the underworld, after Sylvanas created a passage. According to the famous streamer Asmongold, the expasion, the alpha version of which he already tested some time ago, has a chance to be the best one in the history of World of Warcraft. Will it really? This is what we should find out over the next few months.