Two thousand pages of script, four years of development, in-depth research on serial killers, and by some miracle Heavy Rain still ended up with a screenplay thats got more (plot)holes than Swiss cheese. Which, on the one hand, is disappointing, but on the other, much more important, is a demonstration of how David Cage has the players in his pocket - after all, story is supposed to be the games main selling point. And indeed, until you begin to analyze scripts twists and turns, it is easy to be impressed by the atmosphere, ambiguity and emotion generated by this gloomy tale. 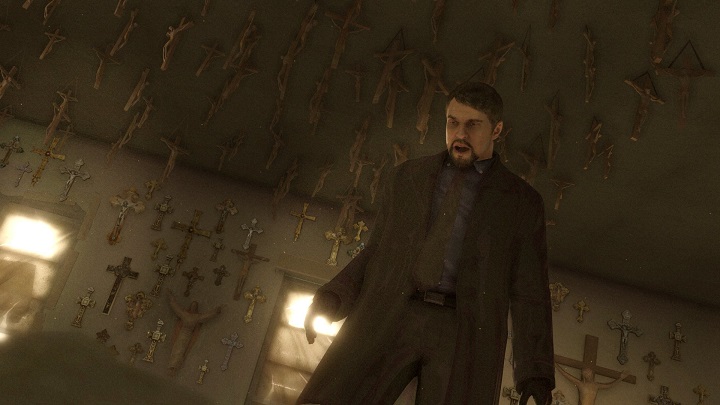 To be honest, its hard to focus on hunting down plot inconsistencies in a room like that.

The problem is that, as is often the case, the first victim of the meticulously-thought-out, shocking plot twist devised by the writers is logic. When you take a look at Heavy Rain, the solution to the mystery of the Origami Killer is utter nonsense. The whole plan of the killer is based on counting on the fact that the character we control will somehow always find himself in the wrong place at the wrong time, extreme incompetence of the investigators and trusting characters we barely know. But it's not only the killers actions that are devoid of any reason: the journalist that investigates the murders on her own decides, for some very mysterious reason, to sleep with the main suspect. Wait a minute... Is it possible that Heavy Rain is a dark dystopia in which rains lower the IQ of absolutely everyone to room temperature? That would be a real shocker!

But for the time being, we have another, much more likely theory: David Cage is simply not as good a writer as David Cage thinks he is.