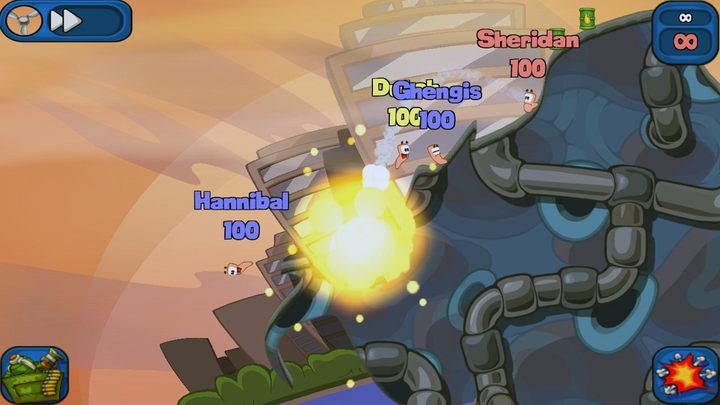 I don't think there is a person over the age of 25 who has never been in contact with any part of Worms. Especially with Armageddon, which proved to be perfect both for lazy computer science classes and visiting our buddies for some hot-seat gaming action. And to think that the whole gameplay is focused on controlling some very sympathetic worms, who, with our help, exterminate their enemies with grenades and rockets. Let him throw the first stone who has never used the Holy Hand Grenade!

Now we have the opportunity to return to that time with mobile Worms 2: Armageddon (yes, you're right - the original Armageddon on PC was the third installment). I have mixed feelings about the smartphone version, because a lot depends on our hardware. On better devices there are no problems, on older ones, however, the sound may not work, and the whole thing doesn't run as smoothly as we would expect. Plus, there are some doubts about multiplayer, which is hard to use  it regularly disconnects us or fails to find other smartphones within our range.

It would seem, therefore, that paying for single player campaign alone is not enough a reason to buy the game. Nevertheless, Worms 2: Armageddon makes up for the aforementioned inconveniences with truly satisfying fun. You just have to get used to the controls, which at first may seem highly non-intuitive. In the long run, however, they work quite well. And what is the most annoying element is the introduction of microtransactions into a paid app.