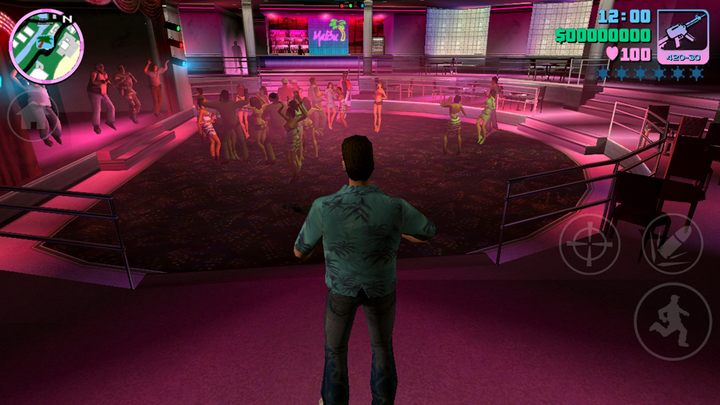 While the most popular one among the older GTA games is definitely San Andreas, Vice City will always take the first spot in my heart. The colourful 1980s, crazy hairstyles and unique music. Plus a protagonist you can't help but love. For the game's 10th anniversary, Rockstar decided to port the game to mobile devices.

I expected the port to be of poor quality and I got a game that was genuinely worth acquiring. Tommy Vercetti may not look as good as he does on the PC, but as a character he holds up brilliantly. There is not much changes compared to the original and virtually all its content is available on smartphones. At the same time, it is worth remembering the sandbox character of the gameplay, thanks to which Grand Theft Auto: Vice City provides almost endless hours of fun. I just wish ASPIRINE still worked, if you know what I mean.

I must point out, however, that some concessions had to be made due to the platform. For example, targeting is automatic, so skirmishes are not that difficult. The controls torn out to be pretty convenient, although they does not necessarily work for driving. And that's a shame, because the great radio stations make you want to steal a car or two!

THERE'S A TON OF GTA ON ANDROID

We chose Vice City for the text, but on Android you can also find a few other installments of the GTA series. Your smartphone or tablet can be used to run the iconic San Andreas, GTA III, Liberty City Stories and Chinatown Wars. Of course, we have to pay for each of them separately and it's not small amount for a smartphone title, but in return we get tens of hours of great fun.