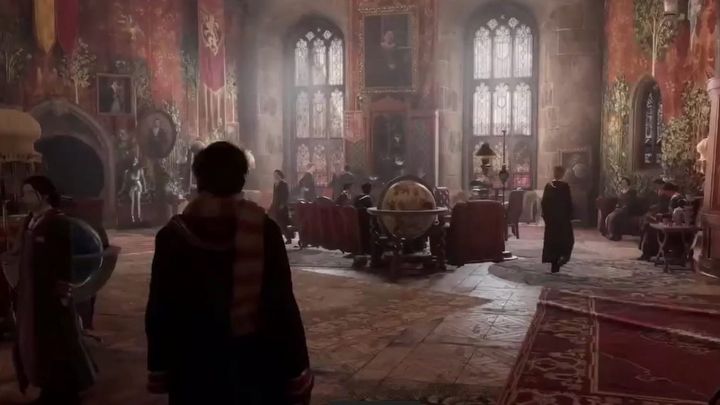 The whole scenery may be a bit hazy, but the main character's scarf or the folded carpet is realism in its purest form. Hogwarts Legacy, Warner Bros. Interactive Entertainment, 2023

Hogwarts Legacy is a game about which enough has already been said that an even longer list could be made than this, telling about more or less realistic expectations of players towards this title. Producers promise the dawn of a new era in the game adaptations of Harry Potter . And – at least on paper – everything looks much different than it ever has.

An extremely interesting procedure of transferring the action a century earlier makes the players wonder for a long time how those of their favorites who were already alive at that time will look and behave. Like it or not, it will also shed much more light on a period that Rowling rarely mentioned. Will the Minister of Magic show up? Who will be the headmaster of Hogwarts? And perhaps most importantly, is Trolley Witch already selling candy on the train leaving Quarter? And does he even remember his name?

The field for the creators is huge. They can fill in small script gaps, which will not have a major impact on the main story, but will certainly please every fan of this universe. As long as the plot is okay, the game will be without microtransactions, and the atmosphere of Hogwarts can be felt in every location, we can expect a strong candidate not only for the title of RPG, but also for the game of the year 2023 .