Buy a bigger TV because the fonts will be even smaller

A quarter of a century ago, gaming wasn't very comfortable. The CRT screens were small, they generated a blurry and eye-taxing image, and in addition, we had to sit very close to them, limited by the short cables of consoles and gamepads. In the years that followed, things rapidly improved  the cables got longer and then disappeared completely. Screen sizes and resolution were also improved. We could play like queens and kings  comfortable, on the couch, as far away from the screen as we wanted. 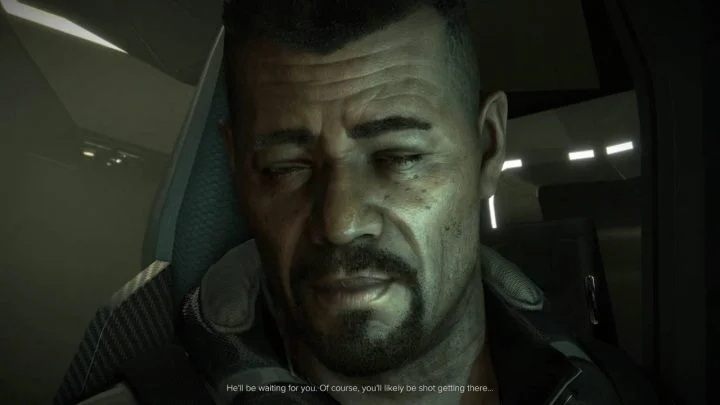 You need a spyglass to discern text in cut-scenes in Deus Ex: Mankind Divided.

And then it all went wrong again. With the spread of HD resolution on TV screens, it became possible to display smaller fonts, which, like on monitor screens, retained legibility. And so, fonts started shrinking. Somebody apparently forgot that games are usually played from a couch, usually quite far from the big TV. And so, text in games is very often unreadable. Right now, if you don't have a really big TV, you'll have to sit just a few feet away to be able to read anything that's on the screen.

You can get over it, but that's not the way it should be. Developers rarely decide to mend that in a patch, so the problem prevails. I don't see this problem being solved on next-gen  if anything, it will probably get amplified: 4K becoming the standard will surely mean even tinier fonts and captions. If that seems problematic, the only solution right now is getting a bigger TV.

You can read more about fonts that are too small in this article.