It's time for the four newest games on this list. The first is Kena: Bridge of Spirits. Positive reviews and the nice, colorful, slightly cartoon-style made me reach for this title. For the first two hours of the adventure, it seemed to me that everything was fine, and the fairy-tale atmosphere of the game was enough for me not to pay attention to a certain infantility. And indeed – it would not bother me if it were not for the monstrously boring gameplay. 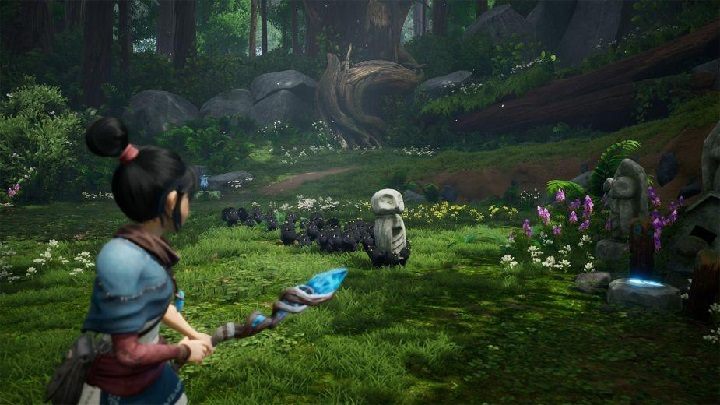 A real feast for the eyes. It's a pity that other senses aren't engaged.

The gameplay loop, which in this case consists of fighting, exploring and solving puzzles, began to tire me after about five hours – after ten, I was heartily fed up with it. Both the clashes with regular opponents and bosses were not a major challenge. Riddles? Quite secondary, not very inventive on the whole. Maybe some of them caused some problems to younger players, but I didn't stay longer with any of them. Consequently, I didn't feel the incentive to explore the game world. Why bother when I have no fun doing it anyway?

I also had no trouble predicting where the story was going, but it wouldn't have been so bad if it weren't for the weariness that accompanied me after reaching the finale of this adventure. I don't know, maybe – having read the praises – I approached Kena with too high expectations? Don't get me wrong. It a very nice game – you can immediately see that the people behind are well-versed in animation. And Kena is sure worth giving a chance because of them. Who knows, maybe you'll have a better time than I did.