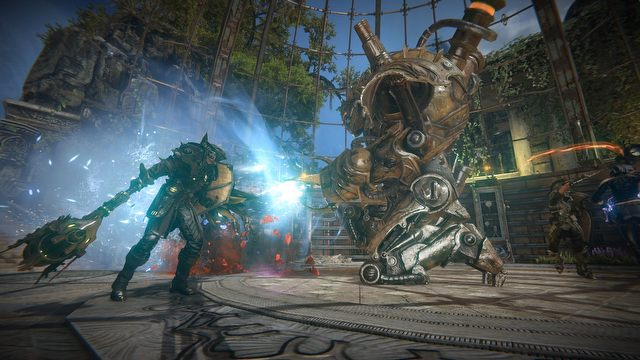 In last year's compilation, I wrote about Ascent: Infinite Realm. Erase that memory and replace it with a revised version, which also changed name to Elyon. The creators of the game TERA Online took to hearts the attention of players and decided to turn their project upside down. The tweaks in Ascent: Infinite Realm were so far-reaching the title had to be changed, so as not to combine the old vision with new one.

Steampunk and airborne combat are no more. Instead, we focus on more mundane (literally), but insanely dynamic and spectacular battles. We will be able to modify skills in an advanced character development system, with the ability to participate in mass PvP battles.

People who love setting up their homes will also be thrilled. There will be a lot of options for expanding houses and using them for purposes other than decorative. Workbench in the living room – this is it!