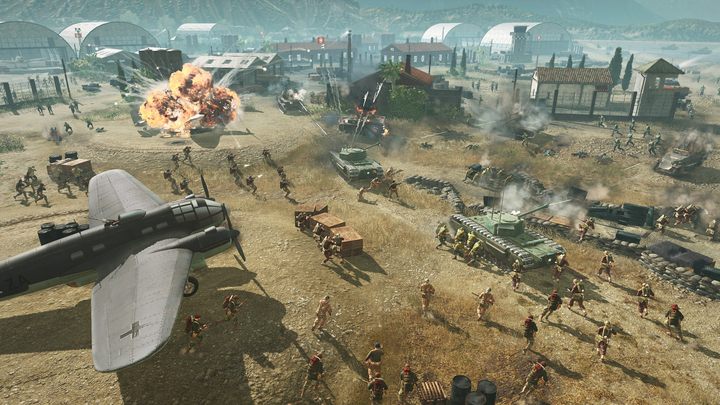 What will Company of Heroes 3 be about?

This is the next installment of tactical RTS series taking place during the Second World War. The creators strongly modeled this new game after the original, wanting to go back to the roots. There will be a lot of emphasis on tactics, skilful use of the terrain, a convincing pattern of vehicle damage, and reasons to make sure your soldiers survive, as they will get promoted, becoming more effective over time. A major novelty in the series will be an active pause, which can only be used in single-player games. And most importantly – this time we will play in the Mediterranean theater: North Africa and Italy.

The first and second parts of Company of Heroes are examples of near-perfect RTSs, highly appreciated by the gaming community. This game should bring all the advantages of this series, but in an unprecedented audiovisual setting. The graphics should be very realistic, with vehicle collecting dirt, bullets leaving holes on the armor, improved animations of soldiers or a very extensive destruction of the environment. From single bullet holes to entire walls collapsing, each type of munition will have its own effects. PC gamers have long dreamed about the new generations of consoles bringing a revolution in object physics – CoH3 can finally realize those dreams.