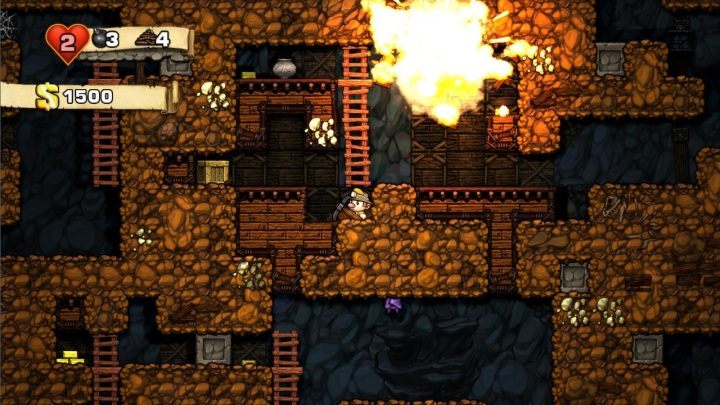 Spelunky is a classic game to which we owe the unabated popularity of roguelike hybrids. The original version of the game was released in 2008 and can be downloaded for free from the official website of the project. Since 2012, it is also available as a much more eye-catching (and still weighing less than 200 megabytes) HD reboot.

This product allows you to play as an archaeologist like Indiana Jones or Lara Croft - an adventurer visiting dangerous tombs full of traps, dangerous animals and monsters, and, above all, valuable treasures. During the game, you collect artifacts that make the game easier. However, as befits a "roguelike" game, if one dies he or she will be forced to start their adventure all over again. And starting from scratch remains fresh for a long time thanks to the random generated levels that change their layout with each time and perfectly implemented local multiplayer modes.