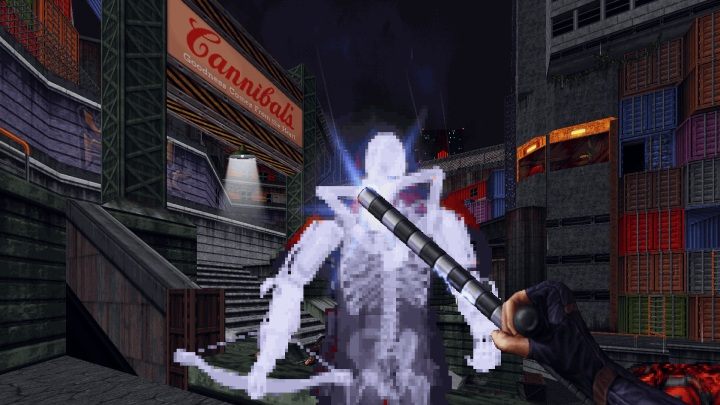 Today, Duke Nukem is mainly remembered in the context of the long years of waiting for Duke Nukem Forever and the disappointment that this game eventually turned out to be. But before the prince failed so badly and became a laughing stock, in Duke Nukem 3D, he could kick ass and chew gum like no other. Even if he usually didn't have chewing gum.

Ion Fury is a love letter to that time, that prince, and that game, created by a team consisting mainly of mod authors for DN3D. Based on the same gameplay mechanics and even the same graphics engine (using angular three-dimensional locations and characters being represented by two-dimensional sprites), but modernizing them in a handful of well-conceived improvements. But without exaggeration-this is a shooter in the good old classic style. For fans of Duke, Blood, Shadow Warrior and Redneck Rampage- this is a mandatory game.