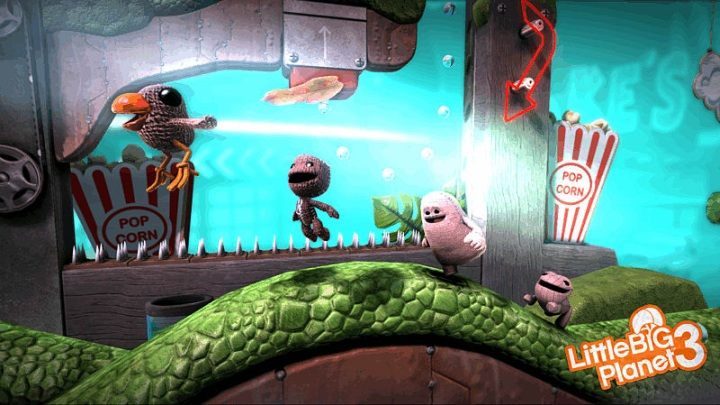 Co-op type: campaign for up to four players

LittleBigPlanet was one of the most intensively developed and promoted Sony brands in the PlayStation 3 era, but in the next generation, the corporation decided to focus on other games and as a result, we only got one platform game featuring Sackboy on PS4. It is a shame, as this series is based on some unique assumptions that strongly distinguish it from the competition.

Above all, the fun here turns out to be equally focused on the platform aspect and creation. Along with the game, players get access to a very advanced, and at the same time relatively easy to use editor, allowing them to develop extremely creative levels. Access to a giant database of other players' creations, however, means that the fun can go on forever – the stages prepared by the community number in the hundreds of thousands and you can find real masterpieces of design among them.

The gameplay is mainly based on jumping (after all, it's a platform game) and making the physical engine to work its magic – moving, lifting, throwing various objects. It can get boring on its own quickly, but in the company the whole thing takes on color – many levels are designed for a specific number of players and they offer challenging cooperation when solving a puzzle or a trap that you can throw an ally into by pranking him. LittleBigPlanet 3 further diversifies the fun by introducing different characters with original skills.