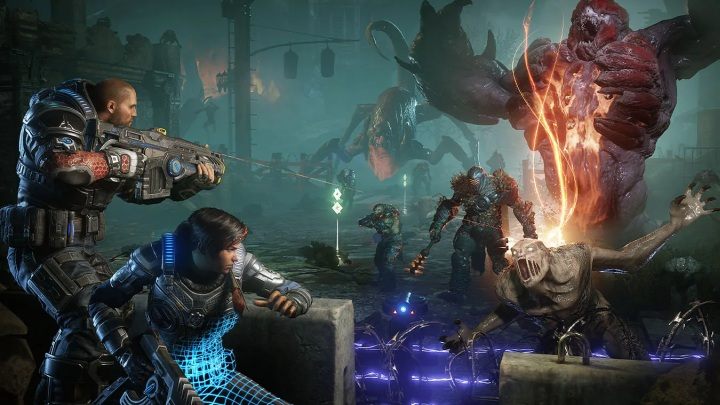 The creators of the Gears of War series have always paid a lot of attention to co-op modes, but in the latest installment of the series, they have outdone themselves by offering up to three elaborate, diverse variants of co-op. The main course is a story-based campaign that can be completed solo and with two other players. They can cover each other, and unveil the secrets from the past of Kait Diaz's featured in Gears of War 4.

Option two is the classic horde mode, in which we fend off successive, more numerous and more powerful waves of enemies, dealing not only with opponents but also with a dwindling supply of ammunition. Finally, the third option is a complete novelty-Escape Mode. We're in the middle of an enemy swarm, we plant a bomb in it, and we're trying to get away before it all explodes.

Although the fifth installment of the Gears of War series is based on what is usually up clashes and dramatic behind-the-scenes shootings-the the variety of modes brings a little freshness to the co-op fun and allows it to be indulged in other ways. The campaign should appeal to the tastes of fans of longer sessions, and the Horde and escape modes are excellent when you fancy a shorter game.