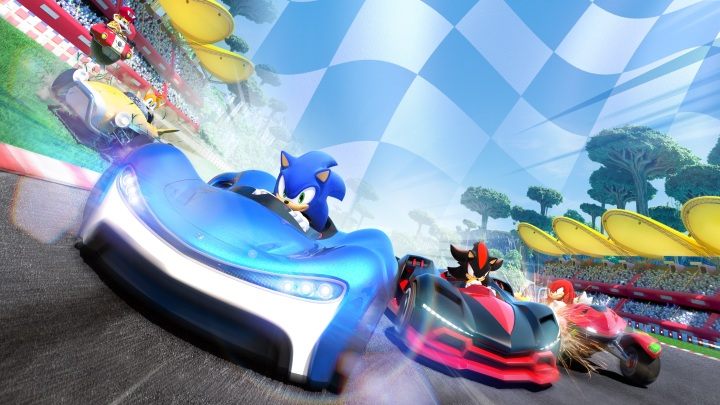 Although Sonic the Hedgehog is best known for its classic platform games, in the last decade we've enjoyed his company best not while jumping between rock shelves, but when he's behind the wheel of a card. Sonic & Sega All-Stars Racing from 2010 was a very successful racing game, and its 2012 sequel, Sonic & All-Stars Racing Transformed, was for a long time the only representative of its niche to emerge from a Mario Kart encounter. In the third installment of the series, it was decided to stir up the classic racing formula quite a bit and this time encourage players to work together.

Although Team Sonic Racing offers all the features of cart racer – from cartoon setting, through highly skill-based driving model, to various power-ups found along the tracks, giving boosts or hampering enemies – unlike competing productions such as Crash Team Racing Nitro-Fueled or Mario Kart 8, it primarily promotes team fun.

Players are divided into teams where they help each other to get to the finish line as quickly as possible. The fastest member of the group leaves behind a streak – if his companions run into it – they accelerate. Stunned by the enemy's attack, the allies are able to stand on their feet once or twice by driving past them. Acquired weapons can be freely exchanged between team members. It's not only an interesting variation on a familiar formula, adding strategic depth to races, but also a thoughtful way for even weaker drivers to still have fun, from the back positions working for the whole team to win.