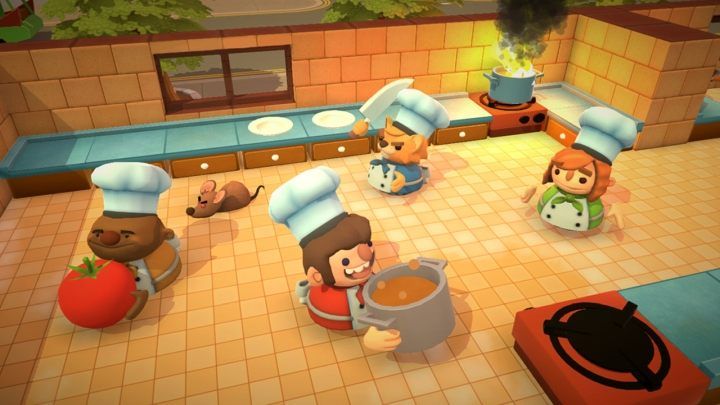 Co-op type: a co-op campaign designed for up to four players

A giant Spaghetti Monster (no, not the one with its own church) attacks the city, and all attempts to satisfy it with food failed. All that remains is to go back in time and take the opportunity to properly hone your culinary skills before the next clash. If a party co-op game needs to have a plot, it has to be that absurd. In the sequel, the story, no less crazy than in part one, forces brave cooks to face an army of undead bread, summoned to life by reckless reading of the Necronomnomicon.

In both versions, we play as chefs who, while bustling around various kitchens (among others, on a flying balloon, on another planet, in a mine), have to fulfill subsequent orders as efficiently as possible. There's always so much work to do that even two cooperating players have to work hard to make it. However, more players do not necessarily make the task easier, as in the game, one can mess up each other's work. The only major new feature introduced in the sequel is the ability to throw ingredients and dishes at each other, which would make the gameplay a little simpler... if the levels weren't designed to take that into account and keep making life difficult.

Even the division of duties doesn't necessarily help, as each level poses a challenge – it can be a wave washing the ship's deck and changing the layout of the kitchen appliances, or rats snacking on supplies. On the one hand, the game is quite difficult, while on the other hand, it offers easy-to-master rules allowing you to start playing right away. 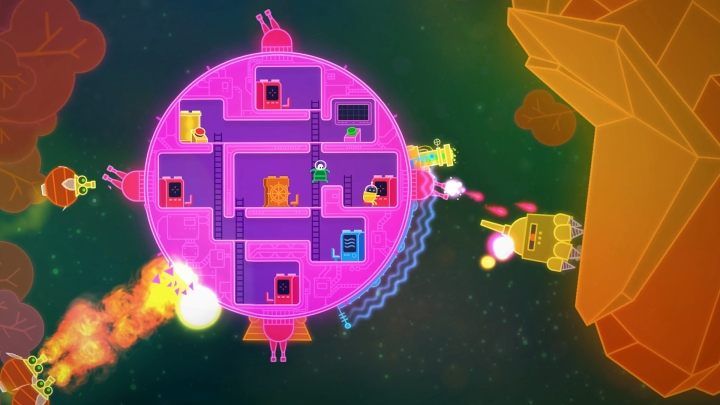 Co-op type: a co-op campaign designed for up to four players

In the colorful arcade game called Asteroid Base, players assume the roles of cosmonauts controlling a spaceship associated with a miniature Death Star. Our mission is to operate engines, deck guns, shields, and the map to rescue trapped animals, fends off enemy attacks, and navigate through interstellar obstacles.

The main problem is that each position (i.e. one engine station, one shield station, four guns, and another one for map) is in a different part of the ship, so one person can only perform one function at a time. This forces players to run around the deck so that during an enemy attack, one player positions the shield in the right place and the other can fire at opponents.

In Lovers in a Dangerous Spacetime, you can play with up to three other players, but the game spreads its wings in a two-player coop – three or four players are able to separate duties so efficiently that the game can become monotonous. Theoretically, you can also play the game solo (in which case the player receives a sidekick), but this does not make for the same amount of fun as when playing with the other person.