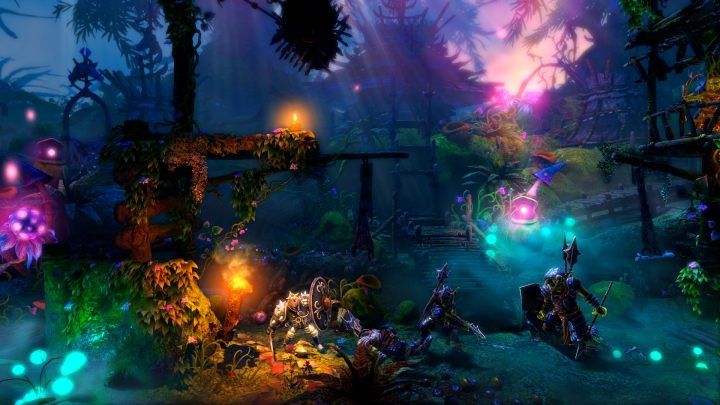 Trine 2, the pinnacle of Frozenbyte's series of platformer logic games, allows you to play as three characters of different classes – a strong warrior, a clever thief and a magician who knows useful spells. In the case of a single-player playthrough, one can freely switch between the three protagonists, as in iconic The Lost Vikings, using their unique abilities to solve environmental puzzles.

The game, on the other hand, spreads its wings when one or two additional players join the game. Then there are more characters on the screen, and the simultaneous use of their abilities can produce interesting results – for example, the mage can float the platforms with the thief on them, allowing him or her to reach inaccessible places.

Play the entire series… well, maybe except the Trine 3

It's commonly said that part two is the best part of the Trine series. However, do not forget about the others. The first edition can still be enjoyed today. Part three is much weaker, but it also finds some fans. With Trine 4, the authors are back on track and the game is just as sweet as Trine 2.

Much of the fun is based on this type of combination designed to fully exploit the potential of an advanced physical engine. However, one cannot fail to mention the second asset of Trine 2 – a fairytale visual setting, which attacks the eyes with beautiful colors and an original, realistic atmosphere.

Snipperclips: Cut it Out, Together 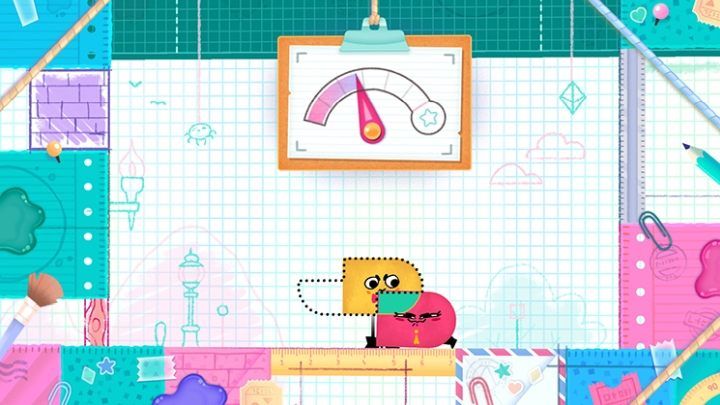 Co-op type: a set of puzzles requiring two or more players to work together

When Switch debuted, everyone's eyes turned to the phenomenal The Legend of Zelda: Breath of the Wild, making the console's other launch titles seem less important. This fate was shared by games such as Snipperclips, a unique logic production that hides original and immersive gameplay mechanisms under a candy-colored visual frame.

Unlike the other titles featured in this compilation, the local co-op mode in Cut It Out, Together! it's not just a side dish to online gameplay or lone wolves' modes - it's a main course. The vast majority of the puzzles were designed to be solved by at least two players together in front of a single screen. One can feel that cooperation was a priority during the creation of the game.

Players assume the roles of paper characters who can overlap each other and then cut the common parts, changing their shapes and making themselves, for example, like pins, hooks or handles to move objects. These abilities are used for a variety of tasks – from tempering a pencil (which must first be delivered to a pencil sharpener), to throwing balls into a basket, to carrying insects to a chosen target. And when we need a moment's rest from cooperation, we can rely on competitive modes to attack the past allies and try to cut them apart.