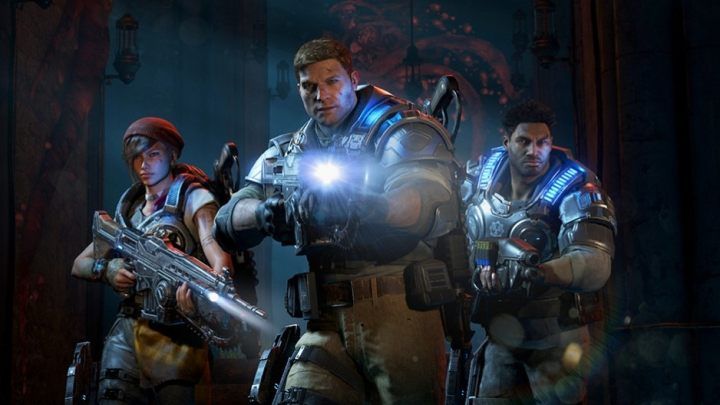 Co-op type: the main campaign can be completed in cooperative mode on a split-screen

While the star of the Gears of War series has dimmed a bit recently, and subsequent parts of the series no longer cause millions of Xbox consoles to disappear from shelves, the new "Gears" installments still remain great, meaty and action-packed top-notch shooters. In addition to its extensive network modes, the series also features immersive story campaigns, which can usually be played together with a second player. In the case of Gears of War 4, this version of the game is not only available on the new Xbox, but also on the PC.

Gears 4 is a good way to start the adventure in this universe – the production takes place a quarter of a century after the events of the previous game and focuses on a new generation of soldiers – JD - Marcus Fenix's son, and his two companions, Kait Diaz and Del Walker. The three must face the forces of a new enemy, no less dangerous than the defeated Locust.

The gameplay is heavily based on the foundations established by the previous installments, only slightly improving the well-working mechanisms. Gameplay again involves bloody and spectacular clashes with the overwhelming forces of enemies, during which players need to use the cover system. Undeniably, combat is fantastically enhanced with graphics. On the day of the release, part four could boast a very attractive visual setting, which still looks good today.