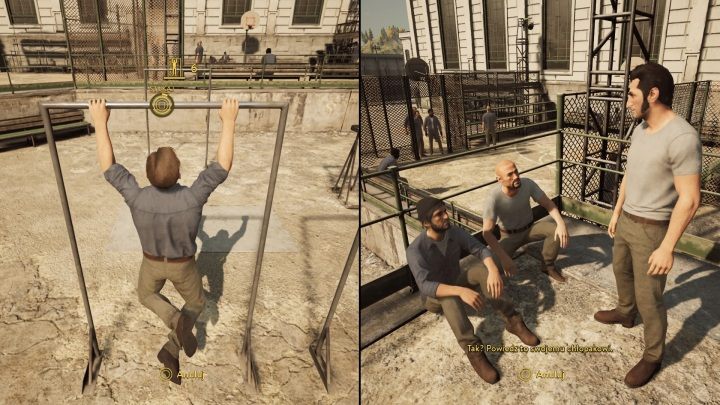 A Way Out would be a fairly typical narrative action game, in which carefully directed cutscenes draw the main characters into more surprising situations. It would be, if not for one absolutely unique feature in its genre – this game can only be completed in a co-op mode with the other player. One can see the actions of an ally on a split-screen even when played online.

This unusual idea works very well. Together with the other player, we play as two convicts trying to escape from prison first, then survive on the loose and settle their cases. The movie-like narrative unfolds slowly, but over time it pulls strongly, leading to a very emotional finale.

The gameplay, however, despite the linearity, makes sure we don't get bored by throwing more challenges at us. One time we sneak in, another time we take part in a shoot-out, and a few moments later we play some simple board game or drive a vehicle. On top of that, depending on who we play, we have different tasks to do, so A Way Out doesn't get boring with the second approach as well. It's a great title not only for co-op lovers but also for fans of good story-oriented games.