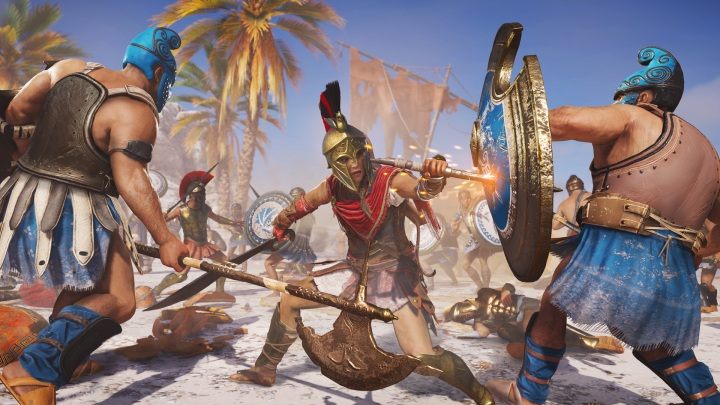 After years of repetition of the same solutions in Assassin's Creed series that Ubisoft was accused of, the studio finally decided to refresh it in Assassin's Creed Origins. And since the formula was successful, it was again possible to sit back and produce more games according to the same scheme - this time a newer one. Odyssey is a game very similar to the previous one, introducing only a handful of minor improvements and traditionally moving the action to a completely different place - Greece of the 5th century BC with a light touch of mythology.

The virtual world is of an impressive size and tempts with huge content, which we can freely indulge as a Spartan male or female mercenary. While Origins still sometimes reminded of its roots, Odyssey has already been a full-fledged action role-playing game, resembling rather Witcher 3 than the first part of Assassin's Creed. This was not necessarily good news for loyal fans of the series, but it certainly was for action RPG lovers. 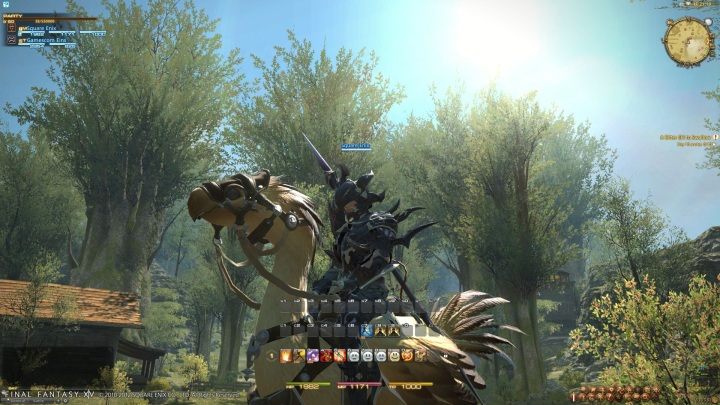 That's another in this decade's story of a triumphant rise after a painful fall. Final Fantasy XIV debuted in 2010 as the second online installment of the iconic Japanese role-playing game series. It was a disastrous debut - while the visuals may have been pleasing, the gameplay was horribly unsuccessful. Square Enix accepted the harsh reality relatively fast - game servers were shut down in late 2012. It was not the end, but the beginning of the revival.

After a few months, the gates of Final Fantasy XIV reopened. However, it was no longer the same production. A Realm Reborn welcomed players with a brand new game engine, mechanics, and storyline. Failure turned into an addictive MMORPG, not particularly innovative, but very atmospheric and offering interesting story lore. And while FFXIV: A Realm Reborn never threatened the popularity of World of Warcraft, it managed to attract several million fans and is still in development - with its latest add-on, Shadowbringers, released in 2019.

The Binding of Isaac - Place 68 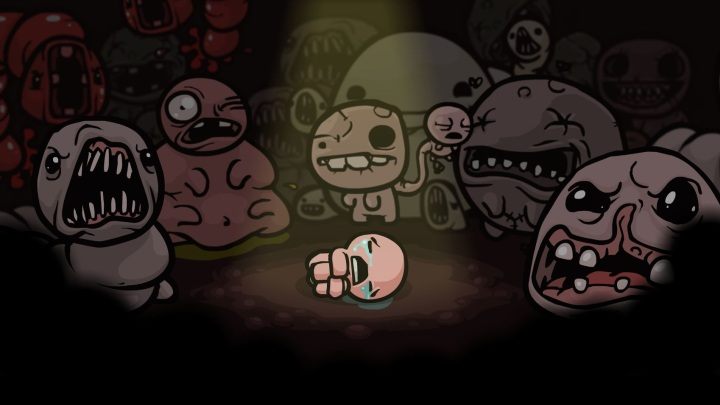 Long before we started figuring out what Kojima meant by the premature newborns in odd capsules, there was Isaac. An infant whose mother, tempted by a heavenly voice, decided to sacrifice her son. Before she could do so, Isaac fled to the basement - but there, horrors awaited him that were not necessarily less dangerous than his murderous parent.

The game blends ideas from classic installments of The Legend of Zelda with roguelike genre solutions and very dark humor. With his own tears as a weapon, along with weaponry found along the way, Isaac wanders through procedurally generated levels. He tries to survive by fighting disgusting monsters and bosses that embody the biblical cardinal sins. Once we die, we start the game, in a different level layout. It's difficult, sometimes unfair due to the random layout of the rooms, but at the same time, thanks to the unique visuals and ideas of the creators, you really want to dive deeper and deeper into Isaac's absurd world.

What Remains of Edith Finch #67 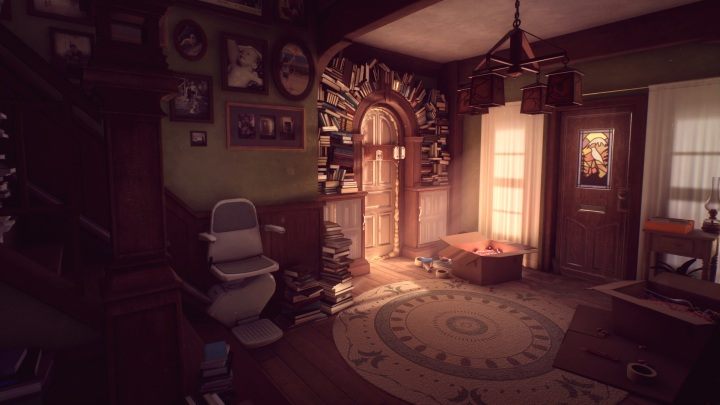 Self-proclaimed "real gamers" treat the sub-genre of narrative adventure games, known as stroll (or walk) simulators, with considerable disdain, claiming that these aren't even real games as there's nothing to do besides walking around and contemplating the sights and listening to the narrative. And because of this attitude, they miss gems such as Firewatch or What Remains of Edith Finch, which beat "real" games in many regards.

In Giant Sparrow studio game, as the last living member of the Finch family, we visit a family mansion abandoned years ago. Exploring its nooks and crannies, we time travel to the past, and during very imaginative flashbacks, we learn about the history of our ancestors. Simple in its assumptions, the story captivates us with a nostalgic atmosphere and colorfully drawn characters, leading to the finale that we remember long after the game is over. If you only have to play one game of this genre - let it be the story of what remains of Edith Finch. 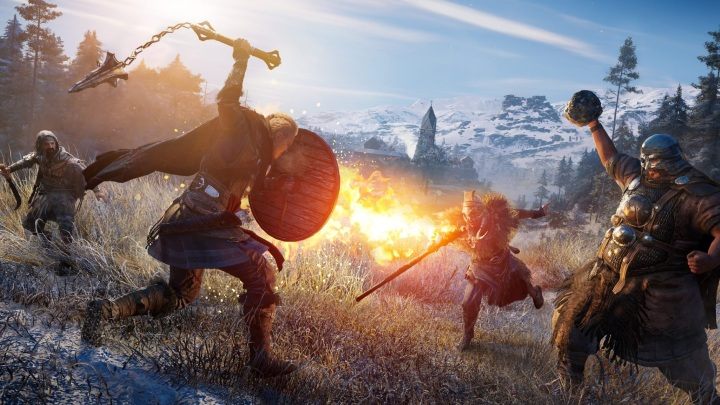 The latest installment of the thirteen-year-old series wasn't a great revolution, relying largely on what was achieved in Origins and Odyssey. And since these titles made for a rock-solid foundation, minor modifications to the rules and a traditional change of location were enough to give us, once again, a great action RPG and dozens of hours of excellent fun.

Valhalla finally takes us to the long-awaited world of the Vikings, allowing you, as a Scandinavian warrior, to wreak havoc and fear in the hearts of English enemies. You could also develop your own settlement and participate in very original to the series side activities, such as drinking competitions and dice games. The storyline is also surprisingly engaging this time and it doesn't get stifled by the temptations of the open world. The latest "Assassin" isn't any kind of revolution, but it remains one of the leaders in its genre.