8. The Lord of the Rings: The Third Age

I played the Third Age relatively late, more or less at the turn of 2007 and 2008. All in all, it was a good thing, because having read The Silmarillion, Unfinished Tales and Children of Hurin – not to mention The Hobbit and Lord of the Rings – I had an appetite for the universe created by Tolkien. Thanks to this, I was able to appreciate this production more, because although its authors didn't have the rights to the original book, just the films, they successfully wrote a story that took place during the War of the Ring.

Suffice it to say that we started our adventure as a Gondorian by the name of Berethor, who went to Rivendell to find Boromir. Before he reached Elrond's house, however, he was attacked by one of the Nazgul. Fortunately, the elf Idrial came to his aid. Together, they followed the Fellowship of the Ring, on their own uncovering mysteries that many of the inhabitants of Middle-earth had not yet known (such as Saruman's betrayal). During the expedition, the two heroes are joined by others – the dwarf Hadhod, Morwen of Rohan or a soldier of king Theoden, Eoaden. Their journey was supposed to end at the Black Gate of Mordor. 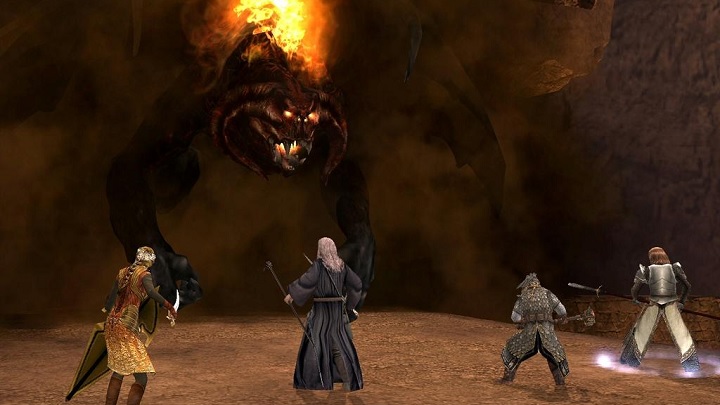 The Third Age allows you to see many familiar events from a new perspective. Image source: GameSpot.com.

After many years, I remember The Third Age mainly for an interesting plot, a combat system straight from the old Final Fantasy series and, at times, quite tedious grind. The game became the further I got, which encouraged me to advance my characters to higher and higher levels of experience. And I think reaching the end credits was totally worth it.

It's a pity that the words of Gandalf addressed to Berethor didn't come true (in the Third Age we meet many heroes from The Lord of the Rings), and that his story wasn't yet to begin in reality. For a while, they gave us hope for a sequel, which was additionally fueled by good sales of this title – a million copies in two months from the release. However, part two never came into existence.