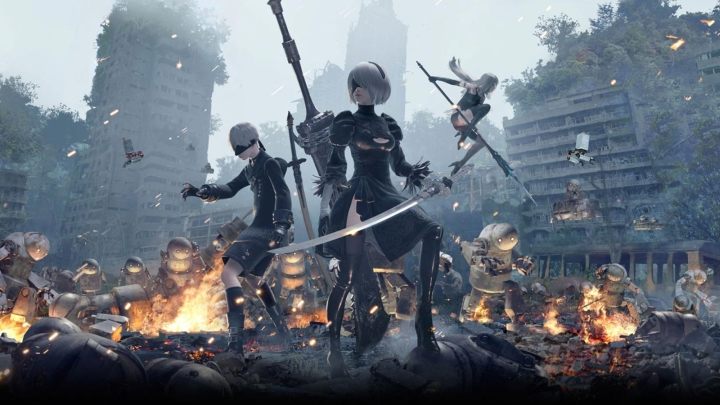 Building a new civilization on the ruins of the previous one is a perfect task for a group of androids from the Moon.

NieR. A game that became a legend during the era of PlayStation 3. Its aftermarket prices were as high as prices of new products which were available in the stores. Nevertheless, it may be considered as a niche product cause not everyone would like to play another installment of the series skillfully forged by Japanese game designers. The popularity of this title increased gradually, as more details about the game were emerging over time. Finally, after the premiere, it not only turned out to be extremely original in terms of visual style, but also offered an incredible experience of gameplay mechanics and an interesting story.

The protagonists of NieR Automata are new characters – androids, who have found a safe refuge on the Moon after the Earth was destroyed during the war against the machines. The concept seems to be quite shabby and cliché, but the way the story is presented, for which the Japanese developer Taro Yoko was responsible, deserves recognition. It may even encourage players that dislike RPGs filled with arcade sequences and shooter elements.