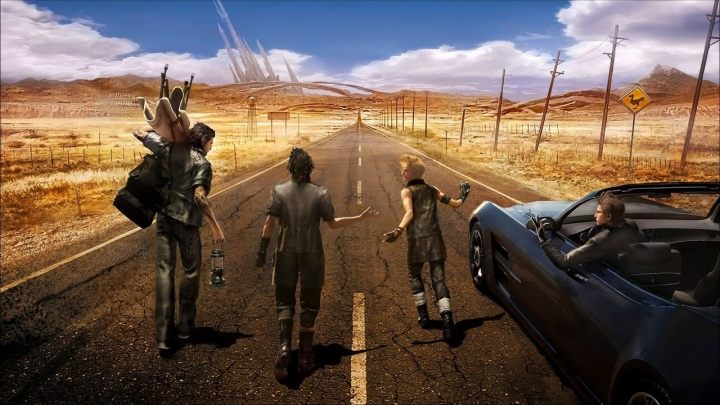 We have to admit that this is the first Final Fantasy game which embodies the spirit of western titles. The open-ended world, leather, wicked car and a strange hairstyle are almost the quintessence of this game.

After a slightly disappointing Final Fantasy XIII and Final Fantasy XIV MMORPG, which was addressed mainly to the fans of the franchise, Square Enix had to regain the trust of solid gameplay enthusiasts. The Japanese have rolled up their sleeves and completely redesigned the gameplay, including the structure of the in-game world, in such a way that we can even speak of a completely new quality in the series. It's a great PlayStation 4 title, as long as you're determined enough to follow the main story, not only delve into the action-packed features. Without this type of intellectual value, the storyline would be like a Swiss cheese full of plot holes. In other words, it would be an incoherent mess.

Those who reached for the Final Fantasy XV after its official release, were lucky enough to receive a much better experience. Special patches tweaked the progress of the main story to make it a bit more clear. These updates also modified some aspects of the gameplay. The final version is known as the Royal Edition that was released in 2018. Thus, if you haven't checked out the Noctis crew yet, then this edition is a perfect choice to do so.

Gameplay of Final Fantasy XV feels almost like playing an RPG title that was made in the US (or at least was not made in Japan). FF XV offers a vast open-ended world, moderately complex arcade combat system and lack of typical Japanese motives that may ruin the whole fun. The latter often discourage American and European players to try their hand at playing some outstanding RPG titles.