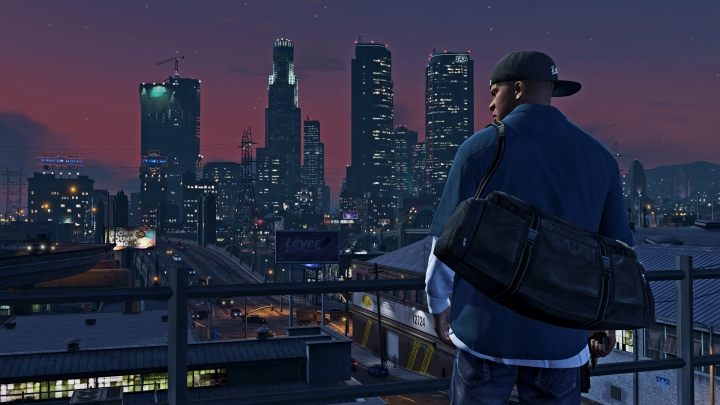 Freedom, beautiful girls, and lots of money. An American dream? GTA V is the most complex game in the series which offers unlimited amount of fun. Performing tasks and completing missions can be a delightful experience.

It's probably the oldest game on our list. GTA V was released before the 8th generation, that is, on PlayStation 3 and Xbox 360. The new editions, prepared together with the PC version, have also gained millions of fans. This happened not only due to the great single player campaign, in which we play as three interesting characters, but also as a result of the GTA Online multiplayer add-on.

You just can't ignore or miss this title. Everyone should give it a try. It contains literally everything that a good sandbox should have. A variety of vehicles to travel, interesting exploration and, above all, fascinating missions depicting the story of three extraordinary gangsters. Diverse personalities of the main characters is another magnet attracting fans of a story full of crime, betrayal and insanity. Yes, Trevor is definitely one of the most distinctive characters in the GTA series.

The Grand Theft Auto V is a perfect product that doesn't want to become obsolete. Even if you run it today, it's still appealing and entertaining to play. That's the best proof of the game's class. This and the millions of dollars in the accounts of developers who are almost infallible when it comes to generating ideas and new features of their titles. We are convinced that the sixth part of the series will blow us away. Well, at least after if will be finally announced in the next few years. One things is certain for sure. We will get another installment of GTA.